This Study Suggests A Simple Trick To Help You Lose Weight

If you have been trying hard to shed those extra kilos, you must try eating slow. According to the researchers from Kyushu University in Japan, chewing slowly and refraining from eating for two hours before bedtime may help induce weight loss 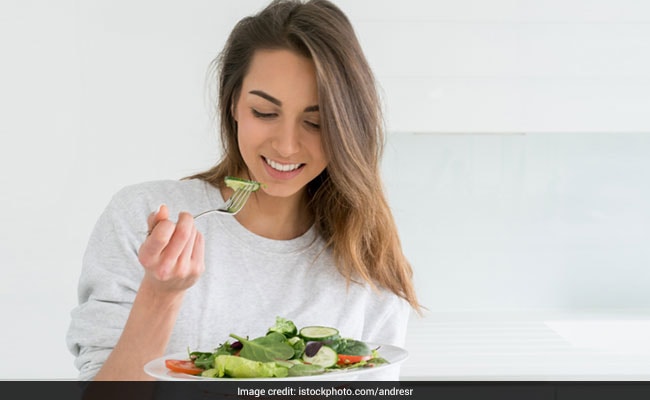 Everyone knows that losing weight is not that easy. But very few people are aware of certain small but effective lifestyle hacks that can go a long way in helping you shed those unwanted kilos. One such hack is eating slow. According to the researchers from Kyushu University in Japan, chewing slowly and refraining from eating for two hours before bedtime may help cut down on weight. Changes in eating habits were strongly associated with lower obesity and weight, and smaller weight circumference. The findings were based on health insurance data for nearly 60,000 people with diabetes in Japan who submitted claims and had regular health check-ups between 2008 and 2013.

The data used in the research included information on the dates of consultations and treatments, while the check-ups included measurements of weight (BMI) and waist circumference and the results of tests for blood chemistry, urine and liver function.

During the check-ups, the participants were asked about their lifestyle, including their eating and sleep habits as well as alcohol and tobacco consumption. They were also asked about their eating speed, which was categorized as fast, normal or slow. Moreover, they were quizzed about whether they did any of the following three or more times in a week-

More than a third of participants had one check-up over six years, while under a third had two. One in five had three. The results suggested that the slow-eaters tended to be healthier and to have a healthier lifestyle than either the fast or normal speed eaters.

Around half of the total sample changed their eating speed over the course of the six years. All the aspects of eating and sleeping habits studied, as well as alcohol consumption and previous obesity-defined as a BMI of 25 kilograms per square meters were significantly associated with obesity.

Although absolute reductions in waist circumference, an indicator of a potentially harmful midriff bulge-were small, they were greater among the slow and normal speed eaters.

Snacking after dinner and eating within two hours of going to sleep three or more times a week were also strongly linked to changes in BMI. However, skipping breakfast was not.