Vitamin D Supplements Can Bring Down Asthma Attack Risk: 5 Foods That Are Loaded With Vitamin D

According to the recent study, Vitamin D may have protective effects against the regular episodes of acute worsening of asthmatic symptoms and can aid asthma treatment. 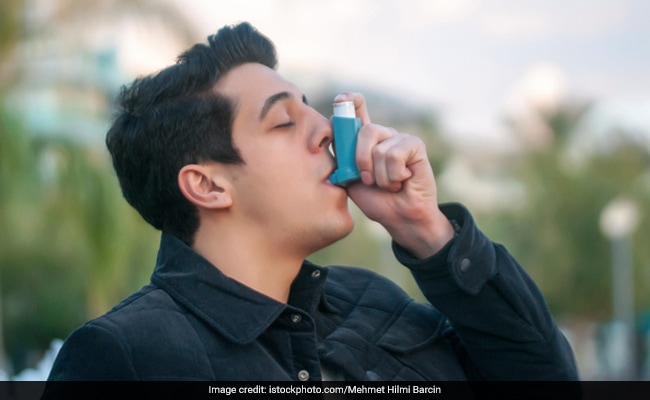 Asthma is a condition in which a person's airways become inflamed, narrow and produce extra mucus, making it difficult to breathe. According to a latest study published in the Lancet, Vitamin D supplements could prove effective for those suffering from asthma, by reducing the rate of asthma attacks. Asthma attacks in worst cases require, hospitalization and adequate treatment with medications. According to the recent study, Vitamin D may have protective effects against the regular episodes of acute worsening of asthmatic symptoms and can aid asthma treatment. Asthmatic exacerbation are usually treated with steroids to produce required hormones, but the findings of the study revealed that Vitamin D supplements reduces the rate of asthma exacerbation in 95 per cent cases. The study also claims that vitamin D supplements reduced the risk of asthma exacerbations by 26 per cent. Vitamin D may aid treatment by inducing hormones necessary for reducing exacerbations, but it may also be noted that the treatment proved most for people who are already deficient of Vitamin D.

Vitamin D or the 'sunshine vitamin' is an essential nutrient that also keeps the bones and teeth healthy. It also plays a major role in regulation and absorption of calcium in the body. Sunlight is the best source Vitamin D. Since the sweltering heat makes us run away from sun exposure, doctors usually prescribe Vitamin D supplements to cure its deficiency. But you should know that there are quite a few natural sources that can help boost your Vitamin D levels.

We suggest you bulk up on these 5 foods to get your required dose of Vitamin D.

Include them in your diet four times a week and watch your Vitamin D levels shoot up. In order to reap more benefits you can sun dry them before consumption. Mushrooms can naturally produce Vitamin D when exposed to sunlight.

Cheese is one of the top 5 foods high on Vitamin D. Well, spreading an additional layer of cheese on that morning slice of toast may not be such a bad idea after all. Ricotta cheese provides the maximum amount of Vitamin D amongst others.

Since the vitamin D in an egg comes from its yolk, it's important to use the whole egg--not just the whites. So bid farewell to the egg white craze and indulge in the most nutritious part of the egg.

Soy milk is a plant-based milk produced by soaking dry soybeans and grinding them with water. While it contains the same amount of protein as regular cow's milk it boasts of high Vitamin D, Vitamin C and iron

Load up on these Vitamin D laden foods and big goodbye to Vitamin D deficiency.