Priyanka Chopra was easily among the top 5 best-dressed celebs on the red carpet of Met Gala 2018. That called for celebratory binge session! 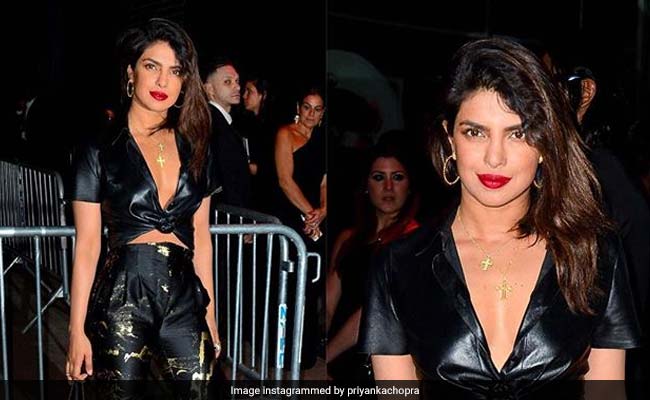 Bollywood actor Priyanka Chopra has fans all over the globe and with good reason. The diva has a major role in the prime-time American television series Quantico and has also starred in Baywatch, alongside Dwayne Johnson and Zac Efron. Another Hollywood release of Priyanka Chopra's- A Kid Like Jake - is going to be hit the screens soon and the we already know the movie's going to be worth watching. Priyanka has been killing it with her sartorial sense as well. She wowed the internet this week, when she made a royal appearance at the annual Met Gala in New York's Metropolitan Museum of Art, which was held on Monday.

Following Met Gala 2018's theme - Heavenly Bodies: Fashion and the Catholic Imagination - Priyanka showed up at the red carpet of the prominent event in a Ralph Lauren velvet gown. But, it was her bejewelled hood, from the same designer, which made heads turn and how! Priyanka was easily among the top five best-dressed celebs on the red carpet of the Met Gala.

Promoted
Listen to the latest songs, only on JioSaavn.com
Also Read: Even Priyanka Chopra's Food Has Taken To Luxury Fashion. Here's Proof!

The diva then treated herself in celebration, with a whole lot of junk food. She shared a snapshot of her post-Met Gala binge on her Instagram stories. Have a look: 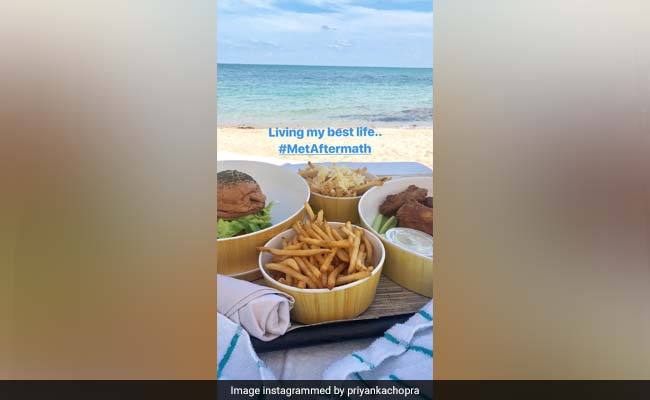 That looks absolutely scrumptious! Now, that's what we call a true binge session. We're guessing Priyanka had much to celebrate, after the fashion industry's who's who gave her a collective thumbs-up for her impeccable dressing sense that she showcased, both at the main event and the after party of the Met Gala 2018. Priyanka is a self-confessed foodie and frequently shares snapshots from her guilty food indulgences on her Instagram page.

If you're wondering how the stunner manages to stay in shape despite all the eating, then we're here to tell you that she's blessed with a high metabolic rate, which allows her to burn off calories easily. Well, we wish Priyanka Chopra all the best for her upcoming release and wish she stays as effortlessly awesome as she is!