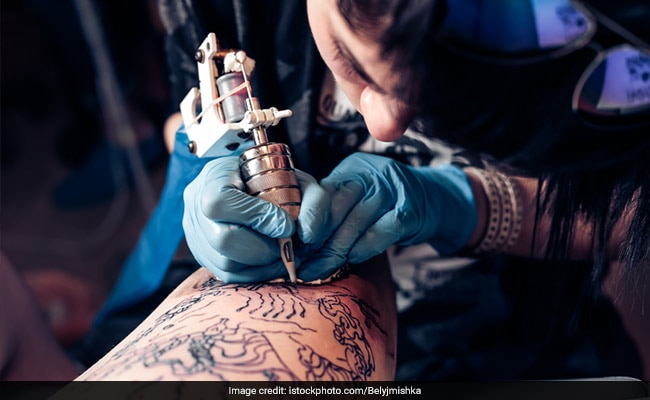 Fond of getting new fancy tattoos? Beware as your penchant to get inked may take a drastic toll on your immunity, says a new study. The  toxic components supposedly present in the ink of tattoos can travel inside the body in the form of nano particles and cause chronic enlargement of the lymph nodes. These lymph nodes form an essential part of our immune system, and getting a permanent tattoo may have severe consequences.

Not much is known about the potential impurities in the mixture of ink used in the colour  mixture of tattoos. Most of these inks are said to contain organic pigments, but are also known to have preservatives and contaminants like nickel, chromium, manganese or cobalt.

The compound TiO2 is also commonly used in food additives, sunscreens and paints.
Often, delayed healing, along with skin inflammation and itching, are associated with white tattoos, which are most commonly the consequence of using  TiO2. Researchers at European Synchrotron Radiation Facility (ESRF) in Germany used X-ray fluorescence measurements on ID21 which allowed them to locate titanium dioxide at the micro and nano range in the skin and the lymphatic environment.

The team found a broad range of particles of upto several micrometres in size in human skin, amongst these only smaller (nano) particles were able to penetrate into the lymph nodes. These particles could lead to chronic enlargement of the lymph node and lifelong exposure.

"We already knew that pigments from tattoos would travel to the lymph nodes because of visual evidence. The lymph nodes become tinted with the colour of the tattoo. It is the response of the body to clean the site of entrance of the tattoo," researchers said.
"What we didn't know is that they do it in a nano form, which implies that they may not have the same behaviour as the particles at a micro level," said Bernhard Hesse, from ESRF. The study was published in the journal Scientific Reports.

The immune system is made up of a network of cells, tissues, and organs that work together to protect the body. It is our body’s natural defense mechanism against any foreign threat. An impaired immune system leaves your body vulnerable to a host of health risks. Hence it is always advisable to tweak your diet and lifestyle in a way that bolsters your immunity.

Here are some foods that will help boost your immunity system -

Turmeric is a great immunity boosting spice which should be included in your daily diet. Nutritionist Meher Rajput of FITPASS explains, "Turmeric's active component 'curcumin' makes it a powerful antioxidant. Add pinch of turmeric to milk and have it before bed time. Adding some saffron (kesar) will further enhance the healing properties of the milk."

Load up on seasonal veggies and fruits, they have phytonutrients which are needed to fight bacteria and infections. Jamun, cherries, peaches and guava have abundant vitamin C.

Their super anti-inflammatory properties bring relief to body aches, cold and flu. They help soothe away nausea too. Juice a thumb-sized piece of ginger, one lemon, 2-4 cloves of garlic and one carrot. Try these shots to strengthen the immune system, because this juice has antiseptic, anti-fungal and nutritive properties.

The traditional ayurvedic herb of India and is considered an adaptogen - a term used to describe herbs that improve physical energy and athletic ability, increase immunity, fight infections and increase sexual capacity and fertility.

Promoted
Listen to the latest songs, only on JioSaavn.com
5.Beetroot
It is packed with beneficial phytochemicals and antioxidants which protect the immune system by fighting off destructive free radicals.