Exercising For 45 Minutes May Boost Mental Health, Says Study: These 6 Food Help Too

A new study published in the journal The Lancet Psychiatry has conclusively pointed at the positive effects of excercising on your mood. Here are the best mood-boosting foods to add to your diet for good mental health. 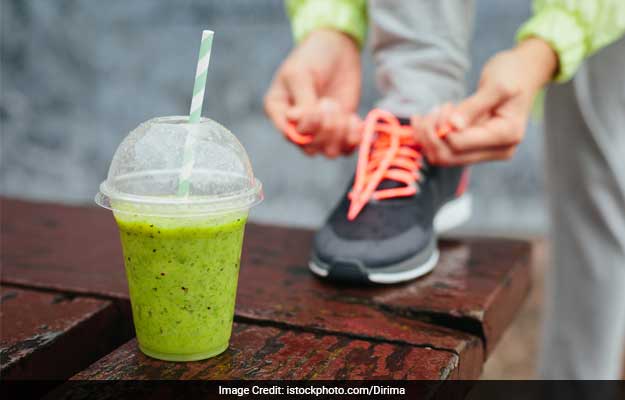 Exercising daily may not be very easy, but once you get a hang of it, it has been described as addictive and has been said to have numerous long-term benefits. Although the positive effects of exercising daily on your physical health have been widely known for decades now, its effect on your mental health is only now starting to be talked about. A new study published in the journal The Lancet Psychiatry has conclusively pointed at the positive effects of exercising on your mood. The study is one of the largest of its kind and has indicated that engaging in any kind physical activity can improve both your physical and mental well-being. The study that was conducted with the participation of over 1.2 million, not only outlines the positive effects of exercise on mental health, but also indicated that some forms of exercise at boosting mood more than others.

According to the study, people who reported having an average of three and a half days of poor mental health during a month, were able to bring this down to less than half by exercising. Engaging in any kind of physical activity, even housework, was able to boost mood and bring days of poor mental health down to 1.5 days per month. This was a reduction of 43 per cent, said the team of researchers. While walking was said to bring down poor mental healthy by 10 per cent, other more physically taxing activities like playing team sports, cycling, doing aerobics or gymming, were able to boost mood even more. Moreover, people who worked out for time periods between 30 and 60 minutes, for three to five days a week benefited the most.

This, the study said, was the ideal amount of exercise that people needed to boost mood and exercising less or even more than this, produced less effective results. In fact, the study said that people who exercise 23 days a month and for more than 90 minutes per day, reported worse mental health than those who exercised less often or for shorter periods of time. Overall, 45 minutes of exercise per day was said to be the best for good mental health, and there was no benefit pf exercising for more than an hour. There are some dietary changed as well that maybe able to boost mental health, including adding mood-boosting foods to your diet.

Here are the best mood-boosting foods to add to your diet for good mental health: