A new study has indicated that eating yogurt as an "appetizer" may cut risk of chronic inflammation, which in turn may reduce risk of diseases like bowel disease, arthritis and asthma as well as cardiometabolic diseases. 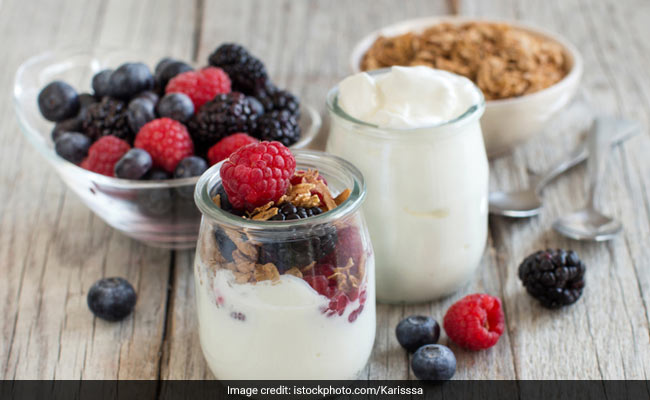 Yogurt is a summer favourite that is relished as a dip, in smoothies, as dessert or simply eaten with fresh fruits during breakfast or as a mid-meal snack. The popular probiotic food is also a favoured snack among health freaks and its pro-digestive properties are well known. However, regular consumption of yogurt may do more than just keep your gut healthy and cool you down during summers. A new study has indicated that eating yogurt as an "appetizer" may cut risk of chronic inflammation, which in turn may reduce risk of diseases like bowel disease, arthritis and asthma as well as cardiometabolic diseases.

The study that was published in the Journal of Nutrition said that yogurt can help reduce inflammation by improving the integrity of the intestinal lining. The research shows that yogurt is helpful in preventing the formation of endotoxins, which are molecules that produced by gut microbes and which are pro-inflammatory. Ruisong Pei, postdoctoral researcher at the University of Wisconsin-Madison in the US said, "Eating eight ounces of low-fat yogurt before a meal is a feasible strategy to improve post-meal metabolism and thus may help reduce the risk of cardiovascular and metabolic diseases."

The study was conducted on 120 pre-menopausal women, half of which were obese and half were non-obese. Half of these participants were asked to eat 12 ounces (about 340 gms) of low-fat yogurt every day for nine weeks while a control group ate non-dairy pudding for nine weeks. The dietary intervention also included a serving of yogurt or non-dairy pudding followed by a large high-fat, high-carb breakfast meal. The results of the study showed that the regular consumption of yogurt "appetizer" lead to an improvement in the biomarkers of endotoxin exposure and inflammation, over the time period when the digestion process was taking place.

However, researchers said that more studies were needed to identify the exact components which were responsible for the positive results. "Ultimately, we would like to see these components optimised in foods, particularly for medical situations where it's important to inhibit inflammation through the diet. We think this is a promising approach", said Brad Bolling, Assistant Professor at the University of Wisconsin-Madison.

Here are some more foods that have been known to fight inflammation:

1. Nuts: Almonds and walnuts are two of the best nuts with anti-inflammatory properties.

2. Turmeric: The bright yellow spice is known for a number of health and beauty benefits, including fighting inflammation in the body.

3. Flaxseeds: These shiny seeds are full of anti-inflammatory omega-3 fatty acids, as well as lignans and flavonoids which also help reduce inflammation.

5. Green Tea: The high amounts of catechin polyphenols in green tea can be given credit for the anti-inflammatory properties of the drink.