Zarine Khan Has Been Up All Nights Lately. Here's What She's Been Doing 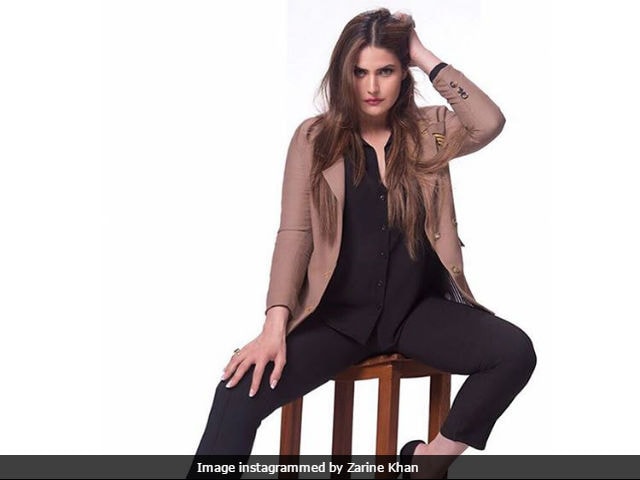 New Delhi: Guess what actress Zarine Khan has been up to these days? The Hate Story 3 actress, who has recently signed Vikram Bhatt's 1921, has been up every night to watch horror series and films to prepare for her role. This is Zarine's first tryst with the horror genre, and the actress is "looking forward to it," she said in a statement to news agency IANS. Zarine also said, "I have never done a horror genre, so it is very challenging for me." Though the 29-year-old actress' role in the film has not been disclosed yet, we are looking forward to seeing Zarine in the film, as much as she is.

Zarine would be attending a few workshops before she starts shooting for the film, reported IANS. 1921 , which revolves around students of music and is set in a university town, will be shot extensively in London. The film will go on floors in May this year.

Horror films of the Hindi film industry are synonymous to director Vikram Bhatt and his banner. 1921 will be Vikram's fifth film revolving around the horror genre, after Raaz, 1920, Haunted and Hate Story. However, 1921 will not be a follow up of 1920. As reported by Times Of India , 1921, according to Vikram, the film will be more about horror. The Times of India quoted him as saying, "The idea behind 1920 was to bring horror into a period drama redolent with the romance of the times. But with Part 2 and Part 3, the direction changed and the series became more about horror. 1921, while more terrifying, will also be more emotional."

Promoted
Listen to the latest songs, only on JioSaavn.com
Zarine will also be seen in Aksar 2, sequel to the 2006 film Aksar, which starred Emraan Hashmi and Udita Goswami.