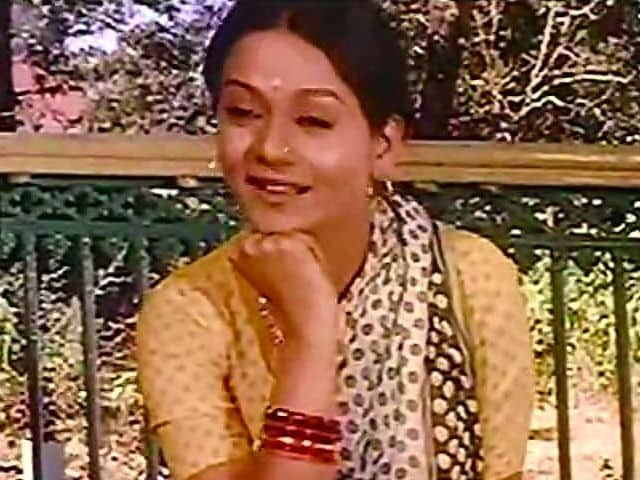 Zarina Wahab in a still from the song Gori Tera Gaon, which was composed by Ravindra Jain.

Mumbai: Actress Zarina Wahab was shocked after hearing that music-composer and lyricist Ravindra Jain died in Mumbai on Friday evening. The mother of actor Sooraj Pancholi said that artists like him are irreplaceable.

Mr Jain passed away at Lilavati Hospital in Mumbai at 4.10 pm on Friday. He was 71. He had a kidney problem which had resulted from a urinary infection. He was put on dialysis during the course of treatment. (Also Read: Music Composer Ravindra Jain Dies at 71 )

Ms Wahab, who was part of his evergreen songs like Gori Tera Gaon in Chitchor, told IANS: "Ravindra Jain has given some brilliant music. He was a highly respected figure and his songs are being hummed even today, which feels very good. I feel saddened to know that he is no more."

"He had given very good music in Chitchor. That was the time when I met him. He used to sing it out as he was such a good singer. I feel artists like him can't be replaced and have their own place in the music world," she added.

He had also composed music for devotional albums and television serials.

Mr Jain was in Nagpur for a concert recently where he felt uneasy and was subsequently admitted at Wockhardt Hospital there. He was later shifted to Lilavati Hospital where he was kept on ventilator.