"You Unsettled Me": Talvar Director Meghna Gulzar Pays Tribute To Irrfan Khan With A Heartfelt Poem

"This was bad news at it's worst. Once again, you unsettled me," wrote Meghna Gulzar 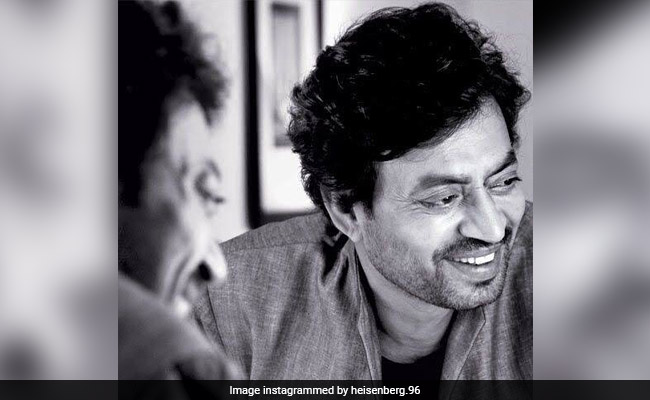 Irrfan Khan and Meghna Gulzar worked together in Talvar.(courtesy heisenberg.96)

Filmmaker Meghna Gulzar, who worked with Irrfan Khan in the 2015 thriller-drama Talvar, paid tribute to the late actor with a heartfelt poem. The filmmaker, like many of Irrfan Khan's directors and co-stars, wrote a heartfelt eulogy post for the actor on her Instagram profile. The filmmaker, who is shocked and shaken by the actor's untimely demise, dedicated a poem to Irrfan Khan. "You unsettled me. Irrfan Sir. I was an anonymous name. The day we first met. Your grace was disarming. You unsettled me. The drive back was anxious. Till the message I received. You believed and agreed. You unsettled me," read an excerpt from her poem.

The Chhapaak director further added, "An effortless mastery of the craft. The awe of your presence. There was faith to redeem. You unsettled me. Another chance always wished. Like a prayer to the altar. You had higher battles to fight. You unsettled me. The flame of art invincible. You lit the marquee again. How much had I missed watching you. You unsettled me. In this pall of global gloom. Coping and resilience at test. This was bad news at its worst. Once again, you unsettled me."

Irrfan Khan, in Talvar played the role of Ashwin Kumar, Joint-Director of Central Department of Investigation (CDI). The film was screened at numerous international film festivals. Post its release, it was both a commercial and a critical hit. It won many awards and accolades including the National Award for Best Adapted Screenplay and the National Award for Best Editing.

Irrfan Khan died in a hospital in Mumbai on Wednesday after his year-and-a-half-long battle with cancer.The Lunchbox actor was diagnosed with neuroendocrine tumor in 2018 after which he was undergoing treatment in London. On Tuesday, the actor was admitted to the hospital for colon infection and he died on Wednesday.

The Piku actor is survived by his wife Sutapa sikdar and his two sons.