You Know Lucky Ali. But Have You Met His Daughter Tasmiyah? Here They Are In Goa 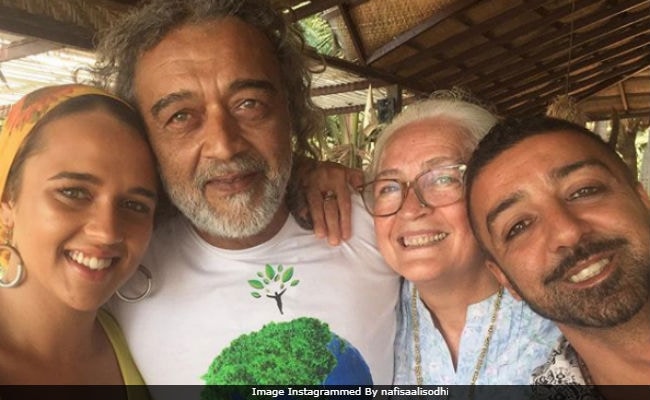 New Delhi: We hardly see singer Lucky Ali these days. But we're glad that actress Nafisa Ali shared a picture with him and also introduced his daughter Tasmiyah to us. Lucky Ali is best-known for the popular hits of the 90s like Sunoh, Aa Bhi Jaa, O Sanam and Jaaney Kya Dhoondta Hai Yeh Mera Dil. Ms Ali shared a couple of pictures with Lucky Ali over the weekend from Goa and also posted a video of Tasmiyah singing while strumming a guitar. "Lunch with Salim Christopher (Jalal Agha's son), with Lucky and his daughter Tasmiyah... catching up," she captioned the post.

People are happy to see Lucky Ali after so long and comments such as, "Lucky Ali has always been my favourite. His voice is magic" and "OMG... Lucky Ali. Amazed to see him after so long. What a pretty girl his daughter is. Stay blessed you all," have been posted.

Lunch with Salim Christopher ( Jala Agah's son) @Ashwem ... with Lucky and his daughter Tasmiyah... catching up .

Met my old friend -walking on Morjim beach -Lucky Ali who is an Indian singer-songwriter, composer and actor.

This video of Tasmiyah singing as the doting dad looks on, has also received lots of love on the Internet. "Lucky Ali with Tasmiyah, his daughter. Another generation with so much talent," wrote Nafisa Ali.

Lucky Ali with Tasmiyah his daughter .... another generation with so much talent .@Ashwem #tasmiyahali#officialluckyali

Promoted
Listen to the latest songs, only on JioSaavn.com
Lucky Ali debuted as a Bollywood singer in 2000 with Kaho Naa... Pyaar Hai song Na Tum Jaano Na Hum. He also acted in the 2002 film Sur - The Melody of Life.