Yo! Yo! Honey Singh On His Comeback And Dil Chori's Instant Success

Yo! Yo! Honey Singh 'thanked his fans' for making Dil Chori from Sonu Ke Titu Ki Sweety a hit 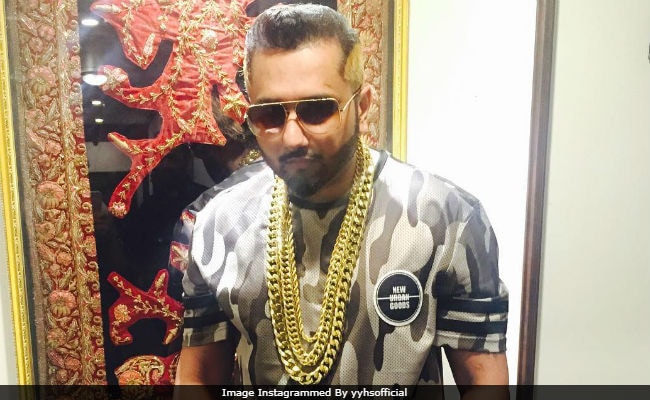 New Delhi: Music composer-singer Yo! Yo! Honey Singh has 'thanked his fans' for making his comeback song Dil Chori from Sonu Ke Titu Ki Sweety an instant hit. Honey Singh, who opened up about battling bipolar disorder and alcoholism, made a comeback with the revamped version of Dil Chori. As soon as the song released, it topped the trends list and went crazy viral. Of the song's success, Honey Singh, 35, in an interview to mid-day, said, "I feel blessed. My fans have been my biggest support. The unconditional bond that we share isn't defined by a timeline. I am thankful to Bhushan Kumar for giving me a chance to contribute to Sonu Ke Titu Ki Sweety's soundtrack. I love the way it has been shot."

Honey Singh had opened up about his struggle last year and as soon as he recovered, his Punjabi film Zorawar released. However, it failed at the box office. Dil Chori was Honey Singh's first music project after his struggle with bipolar disorder. Of being away work, he told mid-day, "I was never away from work. In fact, as an artiste, the downtime served as a learning experience for me. Over the last couple of years, I have only grown closer to music" and added that he 'missed performing on stage and interacting with the audience.'


Promoted
Listen to the latest songs, only on JioSaavn.com
Of his future plans and performing on stage, Honey Singh told mid-day, "I am taking life one step at a time. While I have resumed recording in the studio, I will hit the stage soon. Right now, I want to empower myself with more music that I can take to my fans when I go on stage. The world is my oyster. Right now, I am imbibing international tunes. I am creating both, singles and film songs, on a daily basis. Let's see what releases first."

Honey Singh, who became successful after songs from films like Cocktail, Khiladi 786 and others 'doesn't fear competition' despite many new Punjabi artistes who have earned a name in the industry. He debuted with Punjabi songs.