Yes, We Khan: The End of Shah Rukh vs Salman at Arpita's Wedding? 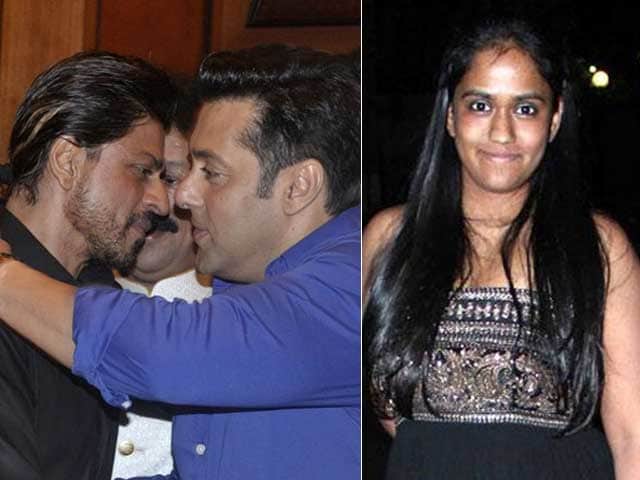 SRK said Salman's sister Arpita was like his own sister

If Shah Rukh Khan attends the wedding of Salman Khan's sister Arpita, as he is reported to have announced, it will hopefully put an end to one of Bollywood's most talked about feuds.

According to a Hindustan Times report, SRK apparently said Arpita was like his own sister and confirmed that he would definitely attend her wedding, whether invited or not. He said, "I will definitely go. I have known Arpita ever since she was a little baby. I have cradled her in my arms. She is like a sister to me. In fact, even an invite is not needed. They are like family and I will go."

In the six years since their alleged feud, SRK and Salman's only interaction has been limited to exchanging a hug at Congress MLA Baba Siddique's Iftaar party since the past two years. But, that can very well be attributed to formality at coming face to face.

The actors have reportedly been at war since falling out at actress Katrina Kaif's birthday party in 2008 - Arpita's wedding could thaw the ice.

Promoted
Listen to the latest songs, only on JioSaavn.com
Meanwhile, a smattering of Bollywood stars are expected to attend the wedding which will take place at Hyderabad's Royal Falaknuma Palace. Apart from SRK, the Who's Who from the industry include, actors Amitabh Bachchan, Aamir Khan, Hrithik Roshan, Deepika Padukone and Kareena Kapoor Khan. Stars from the South film industry including Kamal Haasan, Vijay, Chiranjeevi, Venkatesh and Suresh Babu have also been invited.

The reception in Mumbai on November 21 also promises to be a star-studded affair.

The Actress In This Pic Is Thinking Of "Endless Possibilities." Guess Who