Yes, Akshay Kumar Is In Salman Khan's Film. No, Diljit Dosanjh Is Not 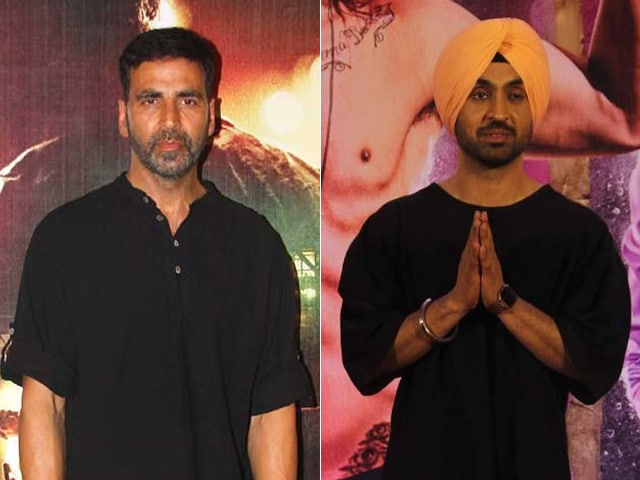 New Delhi: Actor Diljit Dosanjh has refuted reports that he would be working in the upcoming Salman Khan and Akshay Kumar's production, reports news agency PTI. The 33-year-old actor told PTI, "Those are wrong reports. I am not doing anything in it. It's a big film and a big subject. I am not in the film but there is excitement for Anurag. He is an amazing person and I am very happy for him." The untitled film will be directed by Anurag Singh, who has previously done Punjabi films. Diljit and Anurag have collaborated on four Punjabi successful films - Jatt and Juliet, Jatt and Juliet 2, Disco Singh and Punjab 1984.

Last month, there were reports that Diljit would be joining Akshay for the film which is based on Battle of Saragarhi and is being co-produced by Karan Johar and Salman, reports PTI.

Diljit is currently awaiting the release of his second Bollywood film Phillauri opposite Anushka Sharma. The film is produced by Anushka and features the actress as a ghost bride while Diljit plays her love interest in one part of the film. Phillauri releases on March 24.

Diljit's name has also been roped for a film titled Kaneda to be produced by Anushka Sharma. Though director Navdeep Singh had confirmed that the film will feature Diljit and Arjun Kapoor, the Udta Punjab actor has neither denied nor confirmed being a part of the film. He told told PTI, "Till the time things don't go on floors, I don't think about it at all. I am only thinking about my next Hindi release Phillauri right now and a Punjabi film that I am doing."