Here's a list of five fiercely indie films, which took the spirit of creative freedom to an all-new plane in 2018 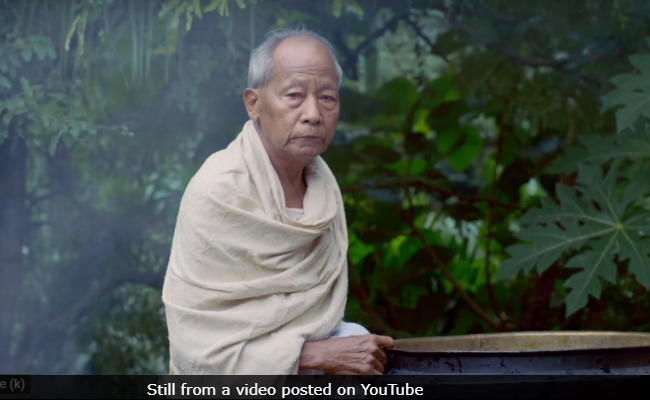 Still from the trailer of Ma'Ama. (Image courtesy: YouTube )

Indian independent cinema thrived in 2018 notwithstanding the continuing mass market aversion to films that do not hinge on brawny heroes and beautiful heroines. Q's Garbage went to Berlin, Manto and Sir surfaced in Cannes, Soni and Tumbbad had their world premieres in Venice and Bulbul Can Sing took off from Toronto. Mantoand Tumbbad went on to be commercially released; Bulbul Can Singh got the nod as India's official Oscar submission. But away from the bright glare of the media spotlight, five fiercely indie films, which played in festivals in India and elsewhere, took the spirit of creative freedom to an all-new plane in 2018. None of these small, micro-budget films have made it to the multiplexes yet. Having emerged from deeply personal impulses, they are probably not even looking for popular endorsement. But what these films have done is remind us of the abiding power of artistic integrity. Seek out these films...

Directed by Kolkata-based Aditya Vikram Sengupta (Labour of Love, 2014), Jonaki (Firefly), which premiered in Rotterdam in early 2018, is a visually exquisite, richly evocative assemblage of cinematic friezes that yield an immersive dreamscape of undefined emotions and heightened memories. It portrays the inchoate recollections of an 80-year-old woman, the filmmaker's own grandmother, who lies in a state of coma. The Bengali-language film draws its inspiration from stories from her life - childhood setbacks, a thwarted love affair, a forced marriage and unfulfilled personal aspirations amid material affluence. Sengupta puts this portrait of love, loss and death, together in the form of a string of intangible images frozen in time like carefully crafted artworks. The film is set in the present, but it is rooted as much in the past, a past that has left an indelible mark. The idea is not to define meaning. The design is aimed at evoking feeling. Jonaki, shot and edited by Sengupta himself, does just that with wonderful felicity.

Directed by the Satyajit Ray Film and Television Institute alumnus Dominic Sangma, the Garo-language Ma'Ama (Moan), an Indo-Chinese co-production that premiered in the International Competition of the MAMI Mumbai Film Festival, is as personal a cinematic essay as any that has ever been made in this country of a thousand movies of year. The film is suffused with a profoundly elegiac air: an elderly man, the filmmaker's father, yearns to be reunited with his long-deceased wife. As he contemplates mortality and the possibility of rising above the grief of losing a dear one, Ma'Ama is Sangma's way of reconciling his own memories of his mother with what actually transpired. The languid, introspective film is a huge leap forward for cinema from the northeast, where films still are largely drably literal in their storytelling methods. This remarkable debut film breaks free from the norm and announces the arrival of a young Meghalaya filmmaker with a unique sensibility.

Namdev Bhau: In Search of Silence

Namdev Bhau: In Search of Silence, with which the 7th Dharamshala International Film Festival opened in early November, is Mumbai-based Ukrainian director Dar Gai's sophomore effort. Defiantly uncompromising, it centres on a 65-year-old chauffeur (played by a non-professional actor, Namdev Gurav) who is driven to despair by the noise levels in Mumbai. He flees to the mountains of northern India is search of peace. But is escape possible in this day and age? The old man, who does not utter a word until pretty late into the film, runs into a chirpy young boy who refuses to be shaken off. Though not as unconventional as her debut film, Teen Aur Adha, which was filmed in three long takes, Namdev Bhau demonstrates the same eye for detail and the same grasp over the medium that defined Dar Gai's style the first time around. Acutely aware of the pace and rhythm of her story, she builds it up gently towards a twist ending. Fiction rooted in actuality: that is what Namdev Bhau: In Search of Silence offers. Dar Gai turns the exercise into a moving, consistently convincing statement the quest for peace in a world in the grip of turmoil.

Theatre doyenne Anamika Haksar's Ghode Ko Jalebi Khilane Le Ja Riya Hoon takes us on a trippy, exuberant, life-affirming journey through the underbelly of Shahjahanabad, a part of Delhi where street vendors, pickpockets, loaders, factory workers, rag-pickers and beggars live cheek-by-jowl as they seek to fight off the hardscrabble realities of poverty, oppression and urban apathy. These are, however, phenomenally resilient people who haven't lost their enthusiasm for life. Each uncertain day is a struggle for survival, but they continue to cling to their dreams of a better life. Their flights of fancy keep them going. They negotiate the threats they face in surprisingly defiant, unflappable ways. Haksar mirrors the unpredictability of these lives in the structure and texture of her film, which combines documentary realism with flamboyant stylisation represented by animated passages and painted landscapes to create a kaleidoscopic but completely un-romanticized portrait of a people and their habitat.

Devashish Makhija's Bhonsle, which premiered in Busan, is a provocatively irreverent and candid look at Mumbai's fault lines. In its line of fearless fire is the politics of hate. The dark, depressing ambience of its setting, an old chawl and its environs, is accentuated by the lighting and framing. The film is powered by a studied performance from a subdued Manoj Bajpayee. As affecting as ever, he radiates silent anguish and rage as a superannuated police constable who is spurred into violent action when anti-migrant sentiment threatens to overrun the lower middle class Mumbai tenement. He is world weary and unable to connect with people. Desaturated images, repetitions of his grinding daily chores and sustained minimalism are juxtaposed with the tensions brewing between the locals and the 'outsiders'. Things take a turn for the worse when the migrants want to be part of the chawl's most important religious festival. Bhonsle, which, like Makhija's previous film, Ajji, weaves vengeance into its plot, suggests the possibility of a backlash from the migrant residents. But it makes it a point to warn of the pitfalls of such adventurism.