"Every day we become a little bit more like our mother," wrote Yami Gautam 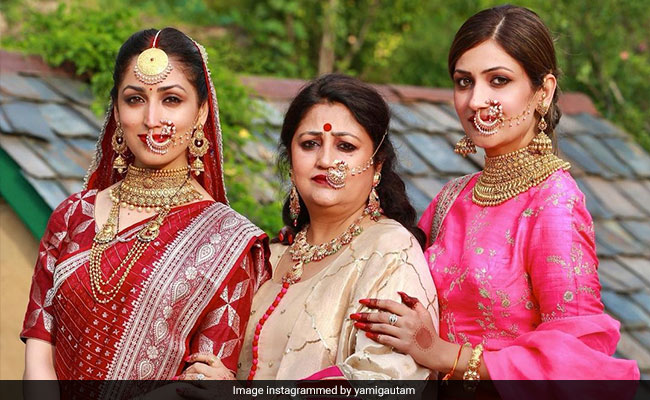 Yami Gautam with her mom and sister. (courtesy yamigautam )

Yami Gautam and Uri director Aditya Dhar, who worked together in the 2019 film, got married in an intimate ceremony last week, in the presence of their family members. Sharing identical posts on Instagram, they wrote: "With the blessings of our family, we have tied the knot in an intimate wedding ceremony today. Being very private people, we celebrated this joyous occasion with our immediate family."

Yami Gautam, after featuring in TV serials and popular commercials, made her Bollywood debut with Vicky Donor, co-starring Ayushmann Khurrana. The actress was last seen in Netflix's Ginny Weds Sunny, in which she co-starred with Vikrant Massey. She has starred in movies like Bala, Heo, Yuddham, Badlapur, Sanam Re, Batti Gul Meter Chalu, Kaabil and Uri: The Surgical Strike.

Meanwhile, Aditya Dhar's next directorial project is The Immortal Ashwatthama, which will be Vicky Kaushal's second project with director after Uri: The Surgical Strike, for which both Vicky and Aditya Dhar won National Film Awards for Best Actor and Best Director, respectively.