Quarantined at the stadium, Anushka Sharma is filling up her camera roll and how 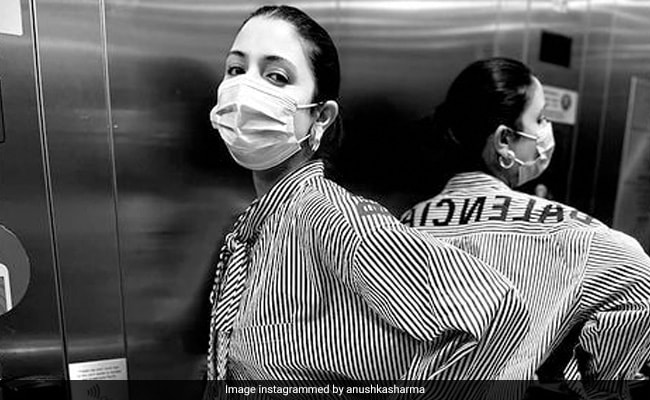 Hi there, Anushka Sharma! There's something about her - she always lights up Instagram with her photos. The 33-year-old actress is currently in UK, Southampton to be precise. She and her five-month-old daughter Vamika have accompanied Virat Kohli to the English city, which is the venue for the World Test Championship, starting tomorrow. Anushka Sharma, along with the families of the rest of Team India, is quarantined in the Ageas Bowl stadium as part of bio bubble restrictions. But being quarantined at a stadium doesn't mean she can't fill up her camera roll with photos. Anushka can have a photoshoot anytime, anywhere.

On Thursday, she shared a bunch of black and white clicks from the stadium and wrote described them in these words: "A 'take random photos and think of a quirky caption' kind of post." The photos may be random but we love everything about them - her outfit, the golden hoops and her top knot.

Earlier this month, Anushka Sharma had checked in from the Ageas Bowl with this ROFL post about Virat Kohli: "Don't bring work home isn't going to be applicable for Virat for some time," she wrote and added: "Quarantine at the stadium" in a hashtag.