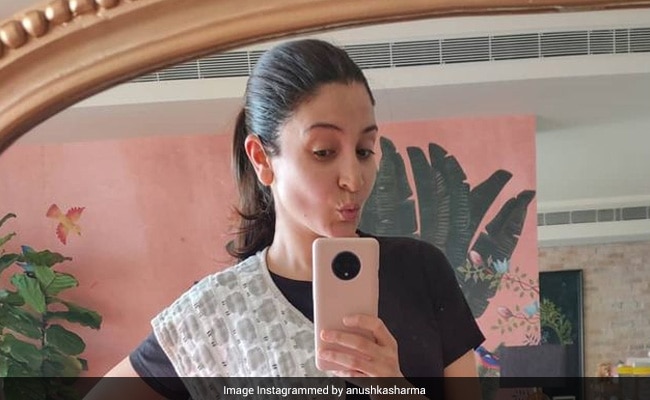 Anushka Sharma, who welcomed her first child Vamika in January this year, has been busy fulfilling all her mom duties but the actress also manages to scoop out some time from her busy schedule for workouts. Not exactly scoop out but "steal" (in Anushka Sharma's words). On Wednesday, the actress shared a photo of herself from England, where she flew to earlier this month with her husband and cricketer Virat Kohli and their daughter Vamika for the world test championship, and wrote: "Stealing workout" with a bicep, a butterfly and a mother-daughter icon. She can be seen sporting a black t-shirt and a facemask can be seen hanging from her ear. 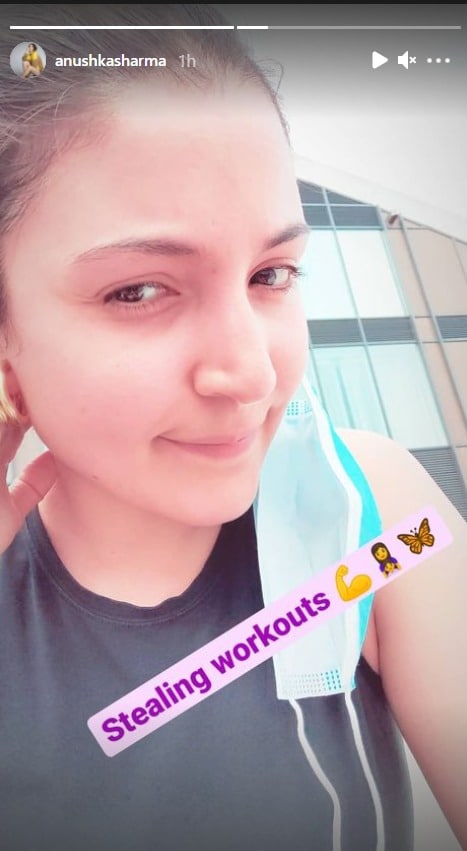 When Anushka Sharma was quarantining at the Ageas Bowl, Southampton, she treated her fans to a super cute picture of herself with an amazing view of the stadium and wrote: "Don't bring work home isn't going to be applicable for Virat for sometime. #QuarantineAtTheStadium."

After the birth of her baby daughter, Anushka Sharma announced her name on social media with this note: "We have lived together with love, presence and gratitude as a way of life but this little one, Vamika, has taken it to a whole new level! Tears, laughter, worry, bliss - emotions that have been experienced in a span of minutes sometimes! Sleep is elusive but our hearts are SO full. Thanking you all for your wishes, prayers and good energy."