With Pluto, the Complete Set of the Dil Dhadakne Do Mehras 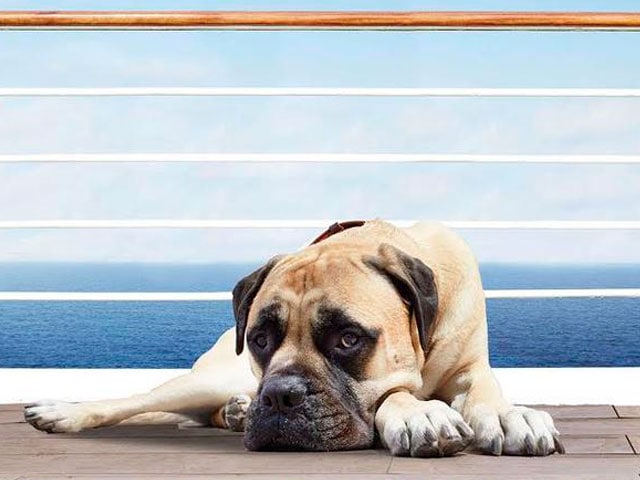 The picture shows Pluto lying on the deck of the cruise ship, his canine brow furrowed by a frown.

Producer Ritesh Sidhwani was the first to introduce Pluto on Twitter

Priyanka Chopra, who plays Ayesha Mehra, was quick to respond with a tweet of her own:

Just like Pluto, the Dil Dhadakne Do cast can't wait for the trailer to release. Priyanka Chopra wrote on Twitter:

The anticipation builds... Can't wait for you guys to see the trailer of @DDDthefilm#DilDhadakneDO#3DaysToGopic.twitter.com/fJril37gSj

Ritesh Sidhwani shared an image of his sons wearing Dil Dhadakne Do T-shirts:

The excitement for trailer begins at home. My Buoys. @DDDTheFilm#3DaysToGo#DilDhadakneDopic.twitter.com/FRimwDrm6E

Zoya Akhtar's Dil Dhadakne Do, which deals with a dysfunctional family on a Mediterranean cruise, will hit theatres on June 5.