Will Ranveer Singh Play Rapper in Zoya Akhtar's Next? 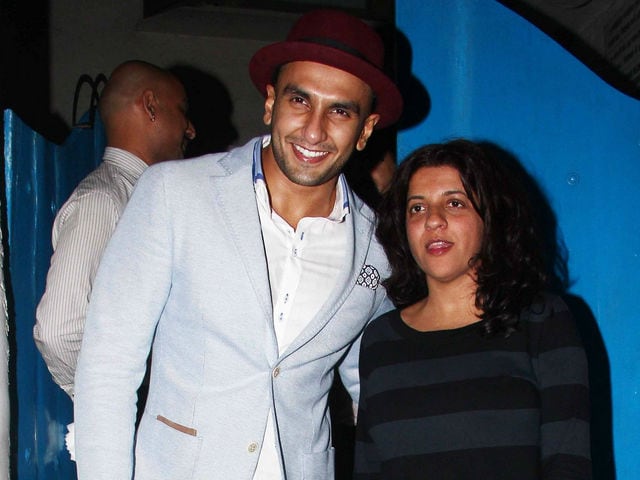 Mumbai: Filmmaker Zoya Akhtar did not comment on reports that actor Ranveer Singh will be doing her upcoming project about a rapper. The upcoming film, reportedly titled Gully Boy, is about the lives of street rappers from Mumbai.

There have been reports that the Bajirao Mastani actor will be seen in the film in the role of a rapper.

When asked about this, Zoya told PTI, "It is about a rapper based in Mumbai. But beyond that I can't say anything. Nothing is locked. Things need to get set before we announce."

When asked whether she is looking for an A-lister or a newcomer, the director added, "Options are endless. You can take the film any which way you want. But these are things I can't talk about unless we announce."

Zoya, 43, has made films like Luck By Chance, Dil Dhadakne Do (which featured Ranveer) and Zindagi Na Milegi Dobara besides directing a segment in Bombay Talkies.

The director said that even though she will be shooting for her next in Mumbai, the story will be a challenge.

"I've also made Luck by Chance and Bombay talkies which were set in Mumbai. I am a Mumbai girl. I am born and bred in this city. I can shoot it even in my sleep. Every story is a challenge. they have their own specific parameters, limitations and challenges," she added.

There was some criticism about the focus on rich people in Dil Dhadakne Do but Zoya says her upcoming story is not a reply to her critics.

Promoted
Listen to the latest songs, only on JioSaavn.com
"No, I wouldn't do that (give reply through films). I am not going to make movies to retaliate to people who write in the press. It is two three years of my life. I am going to make a movie which excites me, I am not here to make a point," she said.