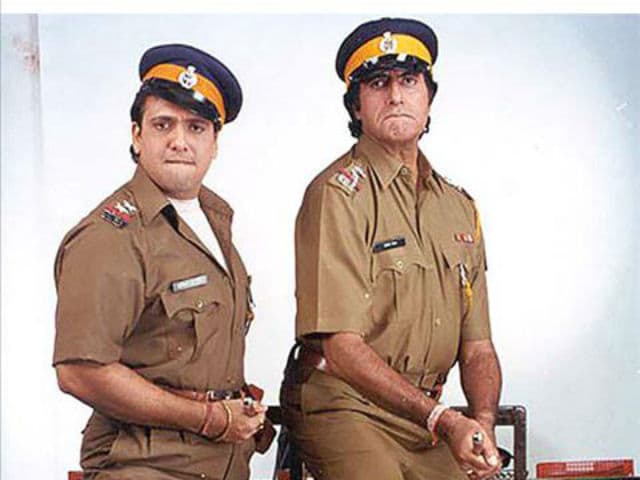 Mumbai: Filmmaker Vashu Bhagnani said that he would try his best to convince actors Amitabh Bachchan and Govinda to appear in at least one scene in the remake of comedy blockbuster Bade Miyan Chote Miyan.

The 1998 film, directed by David Dhawan, featured Mr Bachchan, now 73, and Govinda in a double role.

Mr Bhagnani's Puja Entertainment and Films Ltd has merged with Eros International Media Ltd, which bought 50 per cent stake in the company.

Will the Coolie No 1 and Biwi No 1 remakes have the same cast?

"Maybe. There are a few good performers today, who can play the same role. But it all depends on the script. The moment it gets complete, we will look at these things. It has been a few days since the merger happened. So, we are still doing meetings. The director, starcast, exact release dates will all be decided as and when we proceed," said Mr Bhagnani.

Apart from the No 1 series, the makers also want to remake Rehnaa Hai Terre Dil Mein.

"It has been almost eleven years for Rehnaa Hai Terre Dil Mein and people still listen to its music and talk about the film. The recall value is terrific. We will 100 percent remake that as well," he said.

Mr Bhagnani said that many iconic films of the nineties are being remade and he does not feel any pressure to deliver with the remakes of his films.

"The No 1 series is our main asset. It is so dear to us. Judwaa is getting remade too. We have almost six-seven films which can be remade because they are huge brands. People still recall them," said Mr Bhagnani.

"There is no pressure at all. We want to make good films. These movies are like gold to us and we won't spoil them. We will take our own time to deliver but we won't disappoint," Mr Bhagnani added.