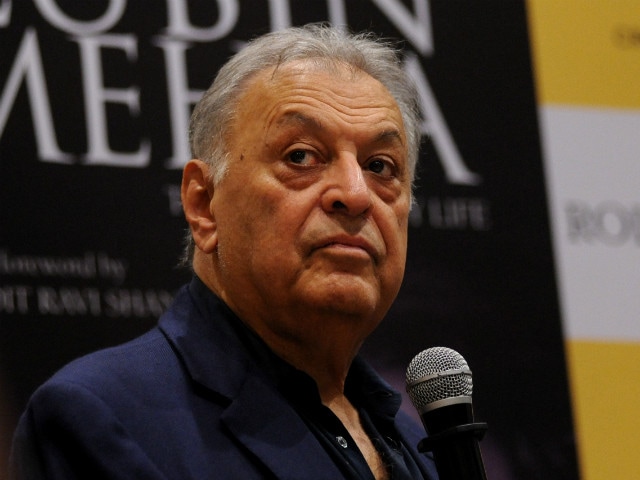 Zubin Mehta at an event in Mumbai on October 24. (Image courtesy: AFP)

New Delhi: Mumbai-born music maestro Zubin Mehta said that he failed to understand why artists, writers, filmmakers and other intellectuals were returning their state awards, on October 30, while suggesting that those protesting against the government should engage in a "dialogue" with it. (Also Read: Zubin Mehta Conducts First Delhi Concert of Australian Orchestra )

"Intellectuals are going ahead and giving back awards whether they are writers or filmmakers. They must feel very strongly and I respect them for what they are doing. On the other hand, I read what the government ministers are saying. I think both parties should meet together and talk about their grievances," he said.

The renowned conductor was in New Delhi as part of the final leg of the debut India tour of the Australian World Orchestra (AWO), which recently wrapped up performances in Mumbai and Chennai.

Mr Mehta is performing in the city after a gap of 10 years. Referring to the protests by writers, artists, filmmakers, historians, academics and scholars against the "rising intolerance" in the country, the world renowned musician said that he came to know about it only through news reports.

Zubin Mehta who was conferred in 1966 with the Padma Bhushan and in 2001 with the Padma Vibhushan noted that there was no "communication" between the protesters and government.

"I don't live here and I have not been through this entire process day by day. I read about it about for last five or six days in the paper. I wish I could talk to one of them for them to explain it to me, because it is a major movement which is going on right now," he said.

At least 36 writers have returned their Sahitya Akademi awards following which a group of authors had staged a silent march with black gags and armbands in New Delhi recently in protest against the Akademi's reluctance to strongly condemn incidents of killings of writers and rationalists like M M Kalburgi, Govind Pansare and Narendra Dabholkar. The Akademi later condemned the killing in a resolution passed in an emergency meet. (Also Read: 10 Filmmakers Return National Awards, Say 'Disenchanted With What's Happening in Country' )

"People were walking with black bands on their mouths and so on. I wish I could talk to them, this is not to argue with them but to hear their point of view," he said.
Watch: