New Delhi: Having starred in commercially viable and entertaining movies like Kabhi Khushi Kabhie Gham and Jab We Met, actress Kareena Kapoor Khan said that it's a rarity for popular stars to take up movies on relevant subjects. But she agreed to do a "small special role" in Udta Punjab - a movie on Punjab's drug menace - for the strong message that it conveys.

Kareena will be seen as doctor Preet Sahani in the Abhishek Chaubey-directed film, which has been in the midst of controversy for its theme.

Talking about what made her sign the film, Kareena told IANS: "It was the subject. Even though it's a small role in the film. I think actors like us don't take up relevant subjects like this."

"Mainstream actors constantly look for roles that are a part of commercial films. I have done a lot of that," said the 35-year-old actress.

It was when the film's director approached her with the script of Udta Punjab that she said that she was very "clear that 'I want to be a part of this film'."

"It has a strong message and it's a small special role. I thought it has a great message and (because I wanted) to be part of something good out there for my fans," added Kareena, who dedicated 20 days to the film.

A bonus for her was the preparation that Abhishek had for a movie which is on an "important" subject as serious as the escalating issue of drug abuse in Punjab - something that she also felt needs to be brought "out on celluloid."

Udta Punjab makers have gone through their share of struggle in seeking a release certificate from the Central Board of Film Certification (CBFC), which first suggested as many as 89 cuts in the movie. Thereafter, its revising committee asked for 13 cuts.

Ultimately, the makers moved the Bombay High Court which on Monday overruled the CBFC-recommended cuts to the film and cleared it for release with just one cut and three disclaimers by the filmmakers.

Kareena says it's been a great victory for the team of the film.

"It's one of the greatest triumphs to have happened in recent times. It's just so wonderful for the people (who) have put in the hard work. Abhishek Chaubey had believed in the brave film he wants to make. So, I think it's really his moment of triumph that finally his baby is actually coming out on the big screen," said Kareena.

Her co-actors from the film - Shahid Kapoor and Alia Bhatt - have been at the forefront of press conferences regarding the controversy around Udta Punjab, but Kareena was missing. Why so? 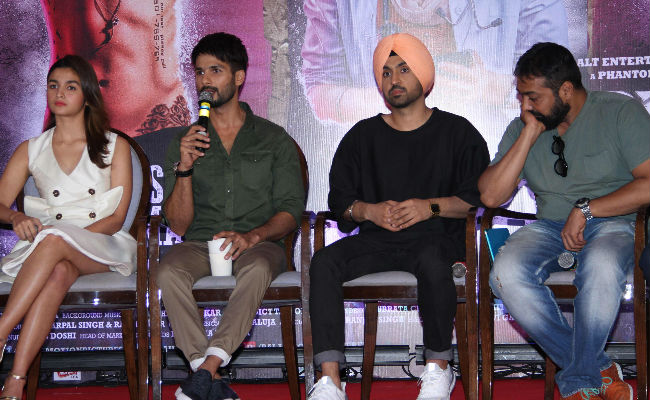 "I was there for the trailer launch. (As far as) press conferences and talking to the media everyday (is concerned), I know it's a part of the job and I love doing it, but constantly being seen everywhere is something I am really not keen on doing. I am sure I wasn't missed because there was so much commotion happening anyway," she said.

Having said that, she knows "the film is going to do its job" anyway.