Why Farah Khan Wants to 'Stay Away' From Shilpa Shetty 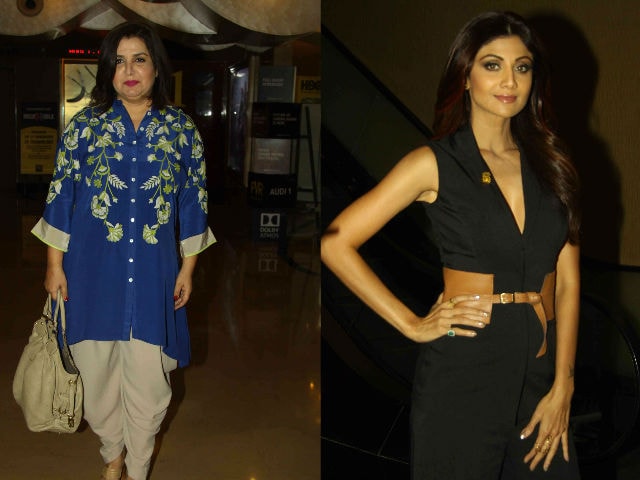 Shah Rukh and Kajol will soon be seen in Rohit Shetty's Dilwale, the film which reunites them after 2010's My Name is Khan.

"Shah Rukh's movie (Dilwale) is my movie. I shot Gerua with SRK and Kajol in Iceland. I have seen their magic. When a person like me is affected by their aura, then a normal person will also get affected by it," said Farah at an event organised by Shilpa Shetty and her husband, businessman Raj Kundra.(Also Read: Shah Rukh Khan and Kajol, Now and Forever. Watch Dilwale Song Gerua)

"I should stay away from Shilpa as everyone would look bad in front of her. She is so slim. I know her since Baazigar(1993). People usually deteriorate with age but she is becoming beautiful," added Farah.