Where's Akshaye Khanna? Absent From Screen and From Dishoom Publicity 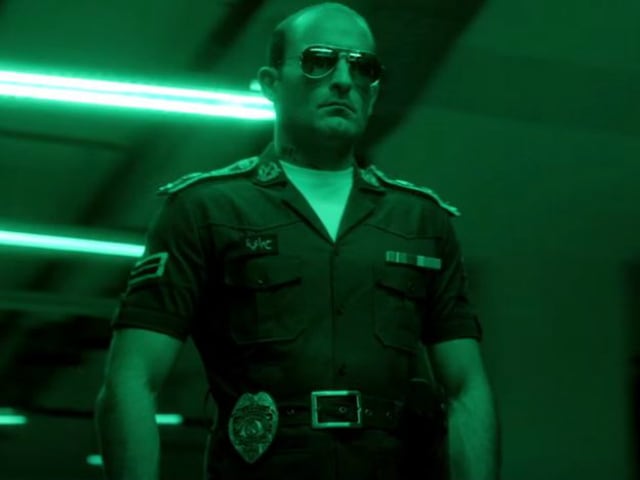 Akshaye Khanna in a still from Dishoom.

New Delhi: Just weeks ago, the non-participation of Akshaye Khanna in promotions for Dishoom was revealed to be part of the grand plan by the producers who, apparently, deliberately wanted to keep the actor's visibility to a minimum. Now it seems that Akshaye himself might not be best pleased with this strategy.

The last two weeks have seen Dishoom stars John Abraham, Varun Dhawan and Jacqueline Fernandez touring multiple cities in a blitz of Dishoom publicity - Akshaye, whose first film after 2012's Gali Gali Chor Hai this is, has been conspicuous by his absence.

A report in mid-day quotes a source as saying: "Dishoom marks Akshaye's return to the big screen after a four-year hiatus. He wanted it to be talked about, but he is unhappy about not being promoted as promised."

"Akshaye feels that he should have also been promoted like the other actors," the source added.

Confusingly, it appears that decision to keep a low profile was originally the reclusive 41-year-old actor's. "It was Akshaye who asked the film's team not to go overboard with promotions as far as he is concerned. He wanted to do only a few interviews and that has been ensured. We had also requested him to attend the first trailer launch, but he preferred to keep away," said mid-day's source.

A previous mid-day report earlier this month quoted a source as saying, "Akshaye is being kept under wraps for now. It is a deliberate measure in keeping with his image of staying away from the limelight. The makers are making elaborate plans to bring him to the fore when the film's trailer launches. They want him to take centre stage only then. So now for now they want him to lie low as he normally does. It suits him as well as the makers fine."

In June, Akshaye Khanna told news agency PTI that he had been on a sabbatical because of personal problems: "I had some personal issues which I had to sort out so, I couldn't work for a while. I am thrilled to be back with Dishoom and a couple of more films this year."

When asked about why he picked Dishoom as his return, Akshaye said told PTI: "For me, it was just one line of the film which was so fresh. 36 hours before India-Pakistan semi-final match, a major Indian cricketer gets kidnapped. Just that one liner is so interesting and fresh. And the fact that I kidnap him makes it nicer. That's the reason I was interested in the film."

Directed by Varun's brother Rohit Dhawan, Dishoom also features cameos by actors Akshay Kumar and Nargis Fakhri. As a bonus, Parineeti Chopra features with Varun in the song Jaaneman Aah, her return to screen after she took a year off to work on her fitness. Both Varun and John feature as cops in the action-comedy.

Rohit directed both Akshay Kumar and John Abraham in Desi Boyz. Dishoom is his first collaboration with Varun. Dishoom is set to hit screens on Friday.