When Shilpa Shetty's Dhadkan Increased After Meeting The Terminator 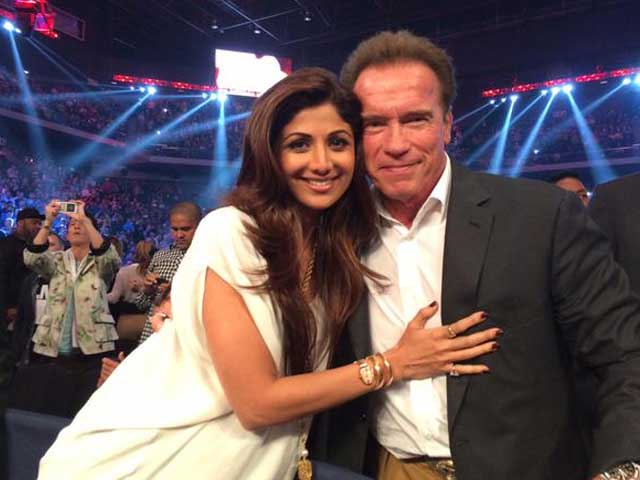 Bollywood actress Shilpa Shetty struck up a pose with Hollywood star Arnold Schwarzenegger in Macau, where the duo were present to watch a boxing match between Manny Pacquiao and Chris Algieri. While Shilpa was accompanied by her husband Raj Kundra for the event, Mr Schwarzenegger was present with his once on-screen rival Sylvester Stallone.

Shilpa and Raj were celebrating their wedding anniversary in Macau and were catching the fight during their trip.

At the #MannyPacquiao fight in Macau , ringside;) doesn't get better than this! @TheRajKundra ure anniversary present;)

What a wonderful experience and yes that is #Arnold and #Sylvester behind us! We are the Expendables! :) haha pic.twitter.com/5B4yRz2WiP

Arnold Schwarzenegger was recently in India as a guest speaker at the Hindustan Times Leadership Summit.