"When Raji And Sajid Came Alive": A "Special" BTS Pic From The Family Man 2 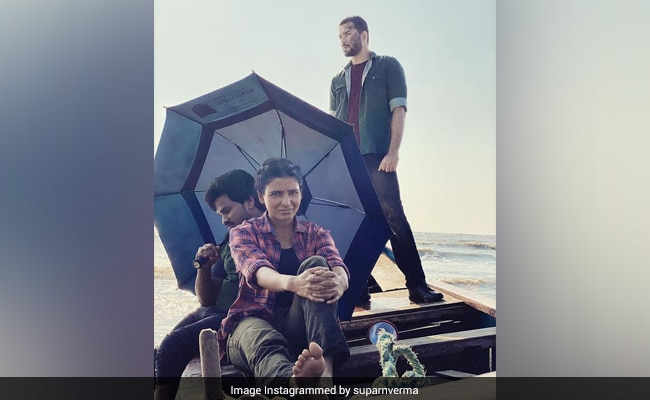 Remember when Raji had a heart-to-heart conversation with Sajid about her past on the beach before they secretly entered Sri Lanka in The Family Man 2? Well, on Wednesday, The Family Man 2 director Suparn S Verma shared a BTS picture from the sets of the series featuring Samantha Ruth Prabhu, who played the role of Raji, and Shahab Ali, who portrayed Sajid, and wrote about what made their scene on the beach "special." He wrote: "One of the most special BTS pictures I've been saving for a while. This scene is special in many ways, while writing one gets the sense of what is special and while shooting it magic happened. I requested J.Perumal (Jebaraj) to sing a song to serve as a backdrop to the scene as Anand Sami (Selva) paced about on the beach and Samantha and Shahab sat on the rocks."

"A moment of silence. The sound of waves and then Raji speaks. Raji and Sajid came alive. Two ships crossing paths at night. This is one of my favourite scenes of our show," he added.

See this "special" BTS photo from The Family Man 2 here:

The Family Man 2, Amazon Prime Video series created by Raj Nidimoru and Krishna DK, is headlined by Manoj Bajpayee, who reprises his role as TASC officer Shrikant Tiwari, and Samantha, who portrays the role of Sri Lankan Tamil liberation fighter Raji on a suicide mission.