When Prada Girl Alia Bhatt Made The Doorbeen Singers 'Nervous'

"We were nervous when we were informed that Alia Bhatt would be a part of the song, because she is such a big star," said The Doorbeen singers 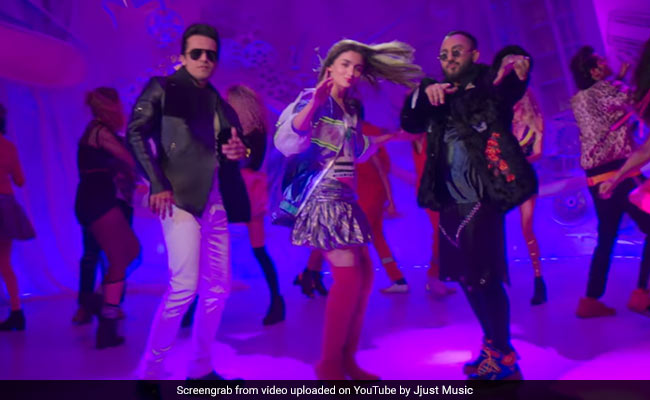 Alia Bhatt in a still from Prada (courtesy YouTube)

Prada may have been Alia Bhatt's first music video but it was The Doorbeen singers Onkar Singh and Gautam Sharma who were initially nervous about it. In an interaction with news agency IANS, The Doorbeen said that when they learnt Alia Bhatt will feature in the video of Prada, her star-status made them rather tense: "We were nervous when we were informed that Alia Bhatt would be a part of the song, because she is such a big star." The situation however changed once they actually met the 26-year-old actress: "However, when we met her and started working with her, she made us comfortable with her humble and down-to-earth personality," IANS quoted the duo as saying.

Sharing their experience of working with the Raazi star, The Doorbeen said: "She motivated us to push our limits and work hard. It was a lifetime experience to work with her."

Roping in Alia Bhatt for the project was a big promotional push for The Doorbeen because of Alia's huge fan base: "With her presence, we feel our song will garner more attention and followers," they highlighted.

Alia Bhatt has an impressive resume as a singer. In Bollywood, she has sung several unplugged versions for her own films, of which Ikk Kudi from Udta Punjab is the most popular. Sooha Saha from Highway, Samjhawaan Unplugged from Humpty Sharma Ki Dulhania and Love You Zindagi Club Mix from Dear Zindagi are also a few tracks in Alia Bhatt's voice.