The lyrics of Prada may not impress everyone but the song sure has pretty cool vibes to it - and Alia Bhatt is an absolute treat! 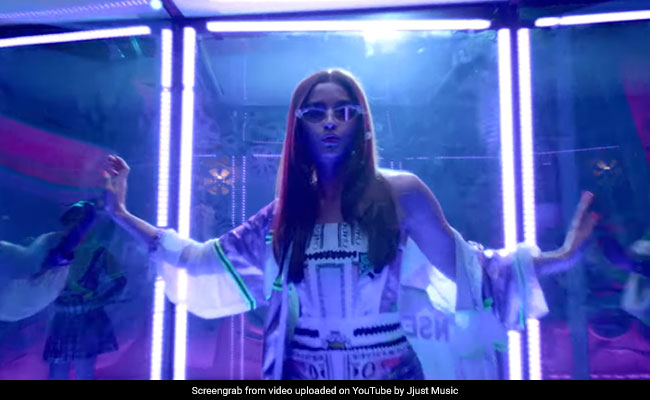 Alia Bhatt is a Prada girl in her first ever music video. Alia Bhatt has collaborated with The Doorbeen boys Onkar and Gautam for her debut music track, which she dropped on Tuesday. If you are an Alia Bhatt fan, Prada will indeed drive away your mid-week blues. Listen to Prada once and you can figure out what separates it from the usual, go-to, ear-blasting party tracks, is its groovy tunes. Earlier, Alia Bhatt got her fans intrigued about Prada with a Stranger Things-themed teaser and looks like the hype was worth the wait. Composed by The Doorbeen, the lyrics may not impress everyone but the song sure has pretty cool vibes to it - and Alia Bhatt is an absolute treat! Fashionistas will adore Alia Bhatt's wardrobe in the song - metallic and neon - which adds to the colourful setting of the song. Shreya Sharma shares singing credits for Prada with The Doorbeen.

Apart from being a great actress, Alia Bhatt also has an impressive resume as a singer. In Bollywood, she has sung several unplugged versions for her own films, of which Ikk Kudi from Udta Punjab is the most popular. Sooha Saha from Highway, Samjhawaan Unplugged from Humpty Sharma Ki Dulhania and Love You Zindagi Club Mix from Dear Zindagi are also a few tracks in Alia Bhatt's voice.

On the work front, Alia Bhatt has films such as Sadak 2, Takht, Brahmastra and south project RRR in her line-up.