When In Maldives, Taapsee Pannu And Her Sister Shagun Chill Like This 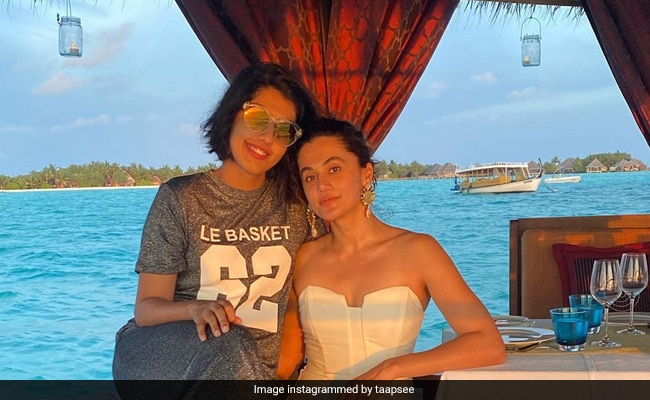 Another day, another set of stunning pictures from Taapsee Pannu's vacation with sister Shagun Pannu. The actress, who is currently on a holiday in Maldives, has actively been sharing pictures from her getaway. Adding another photograph to her collection, Taapsee shared a picture, in which she can be seen chilling with her sister Shagun. In the picture, Taapsee look stunning in a pristine white dress, which she accessorized with a pair of red stilettoes, while her sister Shagun complemented her in a grey outfit. Taapsee Pannu shared more pictures on her Instagram stories. Check out the pictures: 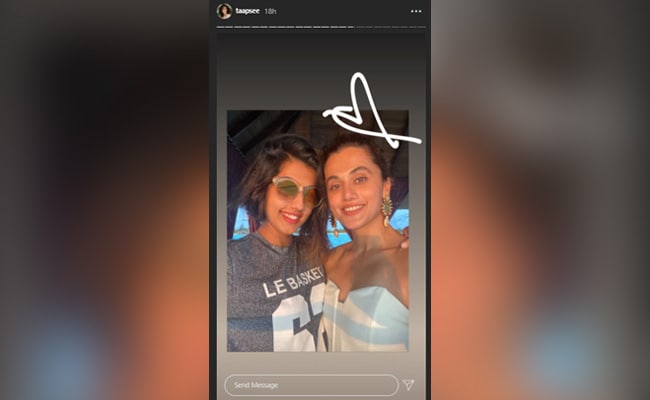 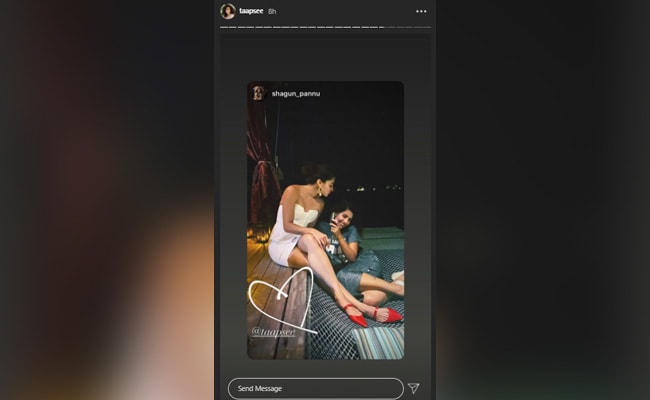 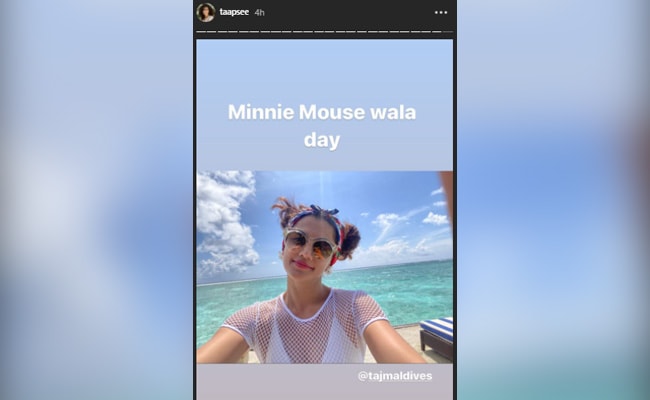 Taapsee Pannu, who flew to Maldives earlier this month, has actively been sharing postcard-worthy pictures from her vacation. From soaking up the sun to her special diet, here's what Taapsee Pannu has been upto in Maldives. See her posts:

I wish I could caption it as, ringing in the new year , but considering how 2020 turned out to be I would rather say ........ Ringing out the bad times! #Maldives #Holiday #TajExotica #TapcTravels

Under the able guidance of our director/cinematographer/voice over artist/new haircut girl on board P.S- we others are just following the strict instructions. #TapcTravels #Maldives #TajExotica @tajmaldives

Last year, the actress starred in several films, including Game Over, Badla, Saand Ki Aankh, and Mission Mangal, co-starring Akshay Kumar, Vidya Balan, Sonakshi Sinha, Kriti Kulhari and Sharman Joshi. Taapsee Pannu is best-known for her performances in films such as Pink, Naam Shabana, Soorma, Mulk and Manmarziyaan among others. Her last project was Anubhav Sinha's 2020 film Thappad, which opened to positive reviews from film critics.