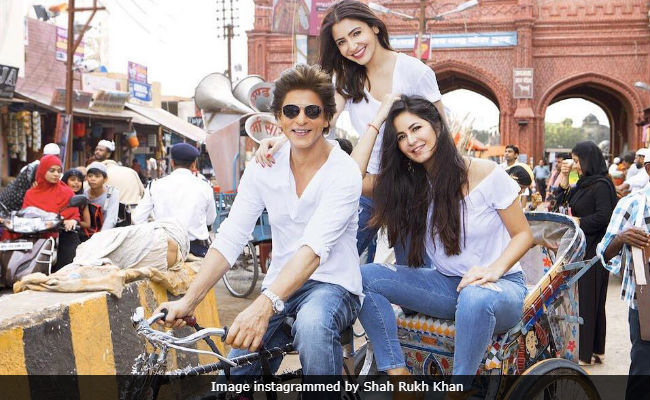 New Delhi: Shah Rukh Khan posted an update from the sets of Zero - a picture of himself with the film's leading ladies - Anushka Sharma and Katrina Kaif. "Best memories begin with insane ideas. Girls taking me along for a ride called Zero," he captioned the photo, in which SRK rides a cycle-rickshaw with Anushka and Katrina seated in the passenger's seat. The trio is wearing classic white and blue combo and are somewhere in the middle of a busy market place. Such a happy picture! Take a look:

Speaking about her role in the Aanand L Rai-directed film, Katrina told mid-day: "Initially, I was supposed to play myself in Zero. The film was titled Katrina Meri Jaan. There was a different cast on board and Shah Rukh sir wasn't part of it. Now, it's a satirical take on an actress."