"'Work in a manor' life for a couple of days," Mouni captioned her latest post 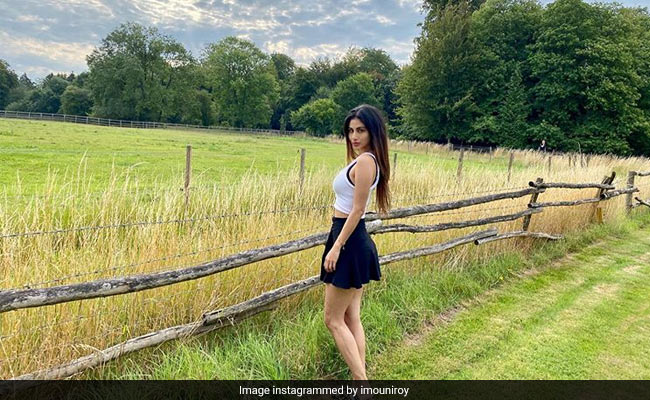 Mouni Roy, who is currently living in England, shared a glimpse of her life in the country on Instagram on Saturday. The actress shared a set of photographs of herself from Gaddesden Place and its beautiful surrounding and revealed that it is going to be "work in a manor" life for her for a couple of days. Needless to say, the breath-taking pictures of Mouni Roy posing against the scenic view left her fans in awe. In some of the photos, the actress can be seen posing inside the mansion. She looks gorgeous in a white top and black skirt. "'Work in a Manor' life for a couple of days!" Mouni captioned the post.

"Work in a Manor" life for a couple of days!

Mouni Roy had been stuck in Abu Dhabi for a couple of months during the lockdown before she flew to London. She was staying with her friends in Abu Dhabi. A couple of days ago, Mouni, who is a self-confessed Potterhead, shared pictures of herself from Harry Potter Station's 9 3/4 Platform that is situated in London and left fans of the popular film series green with envy.

I believe in kindness. Also in mischief. Also in singing, especially when singing is not necessarily prescribed..

In terms of work, Mouni Roy became a household name for her breakthrough role in television show Naagin. She made a debut in Bollywood with Akshay Kumar's Gold. She has also featured in John Abraham's Romeo Akbar Walter. Mouni Roy was last seen in Made In China, which also stars Rajkummar Rao, Paresh Rawal, Boman Irani, Gajraj Rao and Sumeet Vyas. She is also prepping for Ayan Mukerji's Brahmastra, in which she will co-star Ranbir Kapoor and Alia Bhatt.