Mouni Roy, Currently In Abu Dhabi, Is "Dying To Come Back To India"

"I have stepped out only a couple of times and that too, to buy groceries," said Mouni Roy 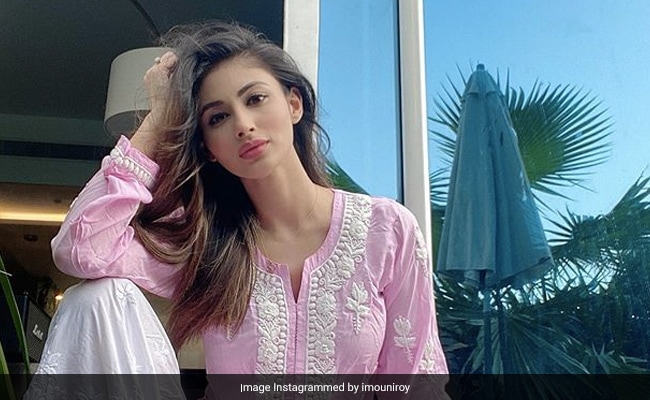 Actress Mouni Roy, who is currently staying at her friend's house in Abu Dhabi, can't wait to return to India. The actress, in a recent interview with Times Of India, said, "I am enjoying my stay here, in the company of my friend, who I grew up with, and her family. However, I am missing my mother and brother, who are in Cooch Behar (West Bengal). I am dying to come back to India, but I haven't finalised a return date yet." Mouni revealed that the only times that she stepped out of the house was to buy groceries. "My friend's parents stay with her and also, she has two little boys. I don't want to take any risks as far as their health is concerned, and prefer staying at home. I have stepped out only a couple of times and that too, to buy groceries," said Mouni.

The Gold actress revealed that during her stay there, she learnt how to cook. "I am learning to cook from my mother, and have been asking her for traditional Bengali recipes. There was a time when I hated entering the kitchen, but today, I am an expert cook," she said.

The actress has also been a part of television shows such as Kasturi, Devon Ke Dev...Mahadev and Naagin. She has also participated in reality shows like Nach Baliye 6, Jhalak Dikhhla Jaa 7 and Zara Nachke Dikha.