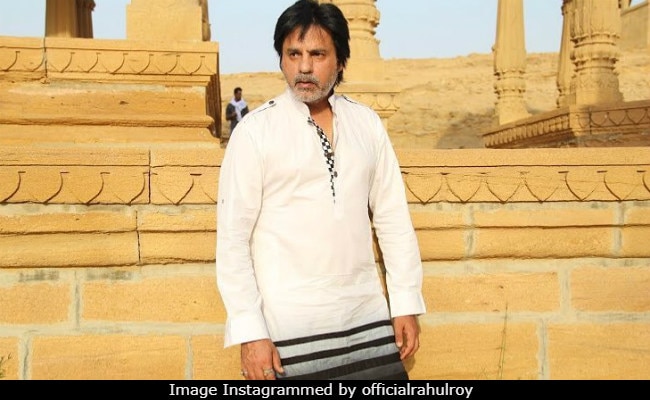 From the sets of his new film (courtesy officialrahulroy)

New Delhi: Remember actor Rahul Roy? He's best known for his starring role in 1990 film Aashiqui, which marked his debut in Bollywood. Rahul Roy has completed almost three decades in Bollywood - his massive popularity in the Nineties witnessed a sharp dip 2000 onwards, following which he's featured in supporting roles in a handful of films till date. Currently, the actor is busy shooting for filmmaker Tanvir Ahmad's new film Night And Fog in Jaisalmer, from where he's sharing updates on Instagram. Rahul Roy appears to have transformed quite a bit but fans loyal to him have continued to remember him as the famous Aashiqui star. He co-starred with Anu Aggarwal and Deepak Tijori in the film.

"Super look, Aashiqui boy," read a comment on one of the 50-year-old actor's photos on Instagram, which appears to be in absolute awe of how "handsome" the actor is. Rahul Roy was just 22 when he starred in Aashiqui. In the photos, Mr Roy can be seen sporting a salt-and-pepper look.

Now what night and fog directed by Tanvir Ahmad @ashnavaswaniofficial

He was previously seen on the sets of his comeback film Welcome To Russia, in which he plays a mafia.

Arsan..I have u in my sights

Here's a major throwback to the Nineties, shared by Rahul Roy with the caption: "You talking to me?"

Promoted
Listen to the latest songs, only on JioSaavn.com
In the Nineties, Rahul Roy featured in films such as Phir Teri Kahani Yaad Aayee, Junoon, Sapne Sajan Ke and Gumrah.

In an interview to IANS, Rahul Roy had earlier said that he was settled in Australia for nine years as a result of which he had not worked in India. He returned to India in 2015, ahead of which he was in the country for a brief while in 2007 when he participated in and won the first season of controversial reality show Bigg Boss.
Comments
rahul royaashiqui