What Vinod Khanna's Friend And Co-Star Rajinikanth Tweeted About Him 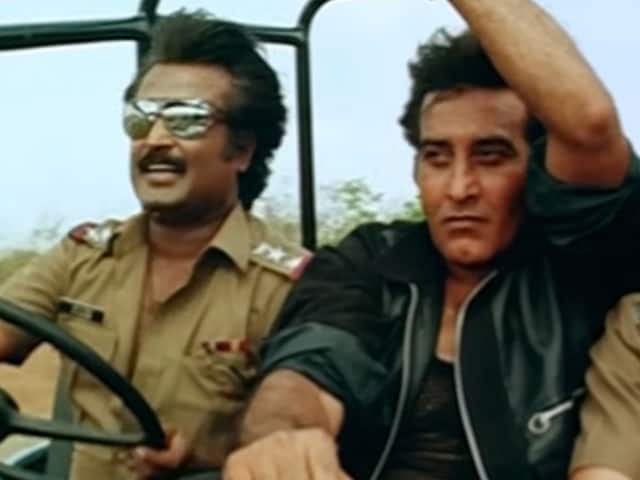 Rajinikanth and Vinod Khanna in a film still

New Delhi: Veteran actor Vinod Khanna died in Mumbai on Thursday morning and celebrities on Twitter have reacted with grief. Superstar Rajinikanth, who has worked with Mr Khanna in films like Khoon Ka Karz and Farishtay, tweeted: "My dear friend Vinod Khanna... will miss you, RIP. My heartfelt condolences to the family. (sic)" Vinod Khanna was taken to HN Reliance Foundation and Research Centre on March 31. The hospital released a statement saying that Mr Khanna died due to bladder cancer. "Veteran actor and Member of Parliament Mr Vinod Khanna, who was admitted to the Sir HN Reliance Foundation Hospital breathed his last at 11.20 am due to advanced bladder carcinoma," read a statement. His funeral was held at a crematorium in Malabar Hill, Mumbai, which was attended by AmitabH Bachchan, Rishi Kapoor and Jackie Shroff.

My dear friend Vinod Khanna... will miss you, RIP. My heartfelt condolences to the family.

Promoted
Listen to the latest songs, only on JioSaavn.com
Filmmaker Karan Johar also cancelled the premiere of Baahubali: The Conclusion, which was scheduled for Thursday night. Karan, who distributes the film in Hindi said in a statement: "As a mark of respect for our dearly departed, the premiere event of Baahubali : The Conclusion is now cancelled."

Vinod Khanna's is known for roles in films like Amar Akbar Anthony, Hera Pheri, Dayavan, Qurbani and Haath Ki Safai. He was married to Geetanjali from 1971-1985 and together they have two sons Akshaye and Rahul (both are actors). Vinod Khanna and Kavita Daftary (his second wife) are parents to son, Saakshi and daughter, Shraddha.