What Tara Sutaria Said About The Clash Of Marjaavaan And War

"Both are different films, they are two different worlds so you can't compare," said Tara Sutaria 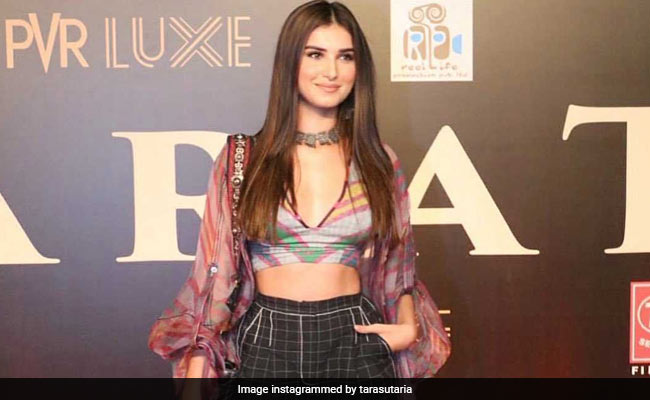 Tara Sutaria's upcoming film Marjaavaan with Sidharth Malhotra will clash with Hrithik Roshan and Tiger Shroff's War on October 2 but the actor is not worried as she believes both films are different.

Tara made her acting debut in Bollywood with Karan Johar's home production Student of the Year 2. The film also featured Tiger, Ananya Pandey and Aditya Seal.

Marjaavaan, her second film, is a romantic-action-drama and is slated to release on October 2, the same day War hits the theaters. "I don't think it is a clash. I have so much love and respect for Tiger. We are excited to release our film. "Both are different films, they are two different worlds so you can't compare."

"I have seen the teaser and I liked it. I am a big fan of both Hrithik and Tiger. And I am excited for both Marjaavaan and War," she told reporters at an event in Mumbai.

Besides Marjaavaan, Tara will be seen in Suniel Shetty's son Ahaan's debut film RX 100, which will be directed by Milan Luthria.

(Except for the headline, this story has not been edited by NDTV staff and is published from a syndicated feed.)
Comments
Tara SutariaTara Sutaria MarjaavaanWar