"Some people understood my problem, but some spread rumours," is how Kapil began his side of the story 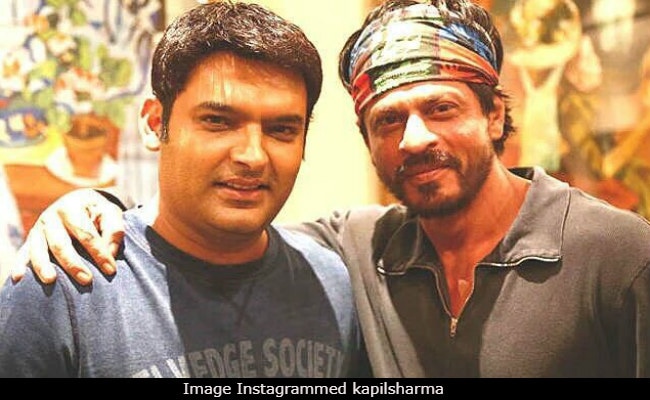 A still from The Kapil Sharma Show (courtesy kapilsharma)

New Delhi: Actor-comedian Kapil Sharma is all set for his new movie, but ahead of it, let's clear the air about the many "rumours." It is known that Kapil spent time at a rehab recovering from alcoholism and that the stressed out show host cancel several shoots of his show, including ones that were to feature Shah Rukh Khan, Anil Kapoor, Arjun Kapoor and Ajay Devgn. Previously, Kapil has featured in headlines for reportedly making the stars wait on sets and eventually not turning up - buzz added that angry stars had stormed out of the sets after Kapil Sharma's no show. "Some people understood my problem, but some spread rumours," is how Kapil began his side of the story.

"People wrote stories like I've sent Shah Rukh Khan away from my sets. The thing is I reached the set at 2 pm, and SRK was supposed to come at 7 p.m. He was shooting nearby and somewhere at 8 pm, I suddenly felt that I cannot shoot, I won't be able to go on set, I cancelled the shoot and then I cancelled the second shot, third and fourth," said Kapil. Earlier it was reported that Kapil had fainted during the shoot of the episode featuring Shah Rukh.

Kapil said, following the cancellation, Shah Rukh did have a brief conversation with him: "Shah Rukh Khan came to meet me, he advised me 'Take rest and set your mind', and I took his advice and took a break. I even talked to Anil Kapoor as I was feeling guilty about cancelling the shoot."

The other stars, who turned back from the sets of The Kapil Sharma Show are Ajay Devgn and Arjun Kapoor. Ajay said his team had to leave because Kapil did not turn up while Arjun tweeted to say that Kapil may have cancelled the shoot but did not keep his team waiting. Last month, Kapil refuted the many reports, telling Times of India: "Am I stupid to cancel 5 shoots and make superstars wait. What pleasure will I get in doing this? Why will I give excuses and my reputation in the industry."

Promoted
Listen to the latest songs, only on JioSaavn.com
Kapil Sharma, who was reputed both for his onscreen persona and his show, began losing popularity after an alleged mid-air altercation with Sunil Grover. Kapil Sharma's new movie Firangi is scheduled to hit screens on November 24.