What Samantha Ruth Prabhu Posted On 3 Years Of Majili, Her Film With Naga Chaitanya 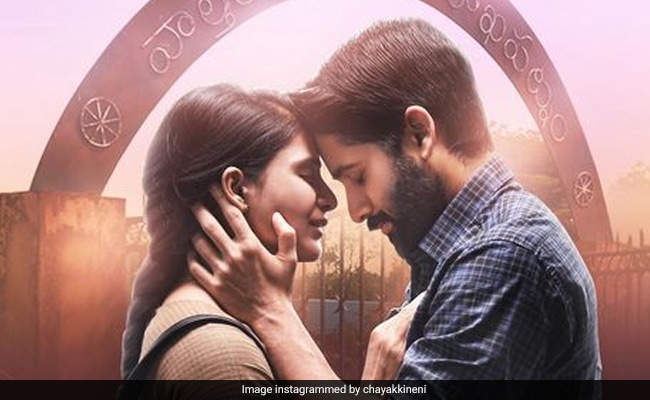 As the film Majili clocked 3 years on Tuesday, Samantha Ruth Prabhu shared the film's poster, also featuring Naga Chaitanya, on her Instagram stories.. The actress simply added the hashtag #3YearsofMajili to her post. Samantha Ruth Prabhu and Naga Chaitanya, co-stars of films like Manam, Ye Maaya Chesave and Autonagar Surya, got married in 2017. The stars announced their separation on social media in a joint statement last year. The speculations about the couple's rift started when Samantha Prabhu Ruth dropped her surname Akkineni on social media last year. The actress changed her display name on Instagram and Twitter to 'S'.

This is what Samantha Ruth Prabhu posted: 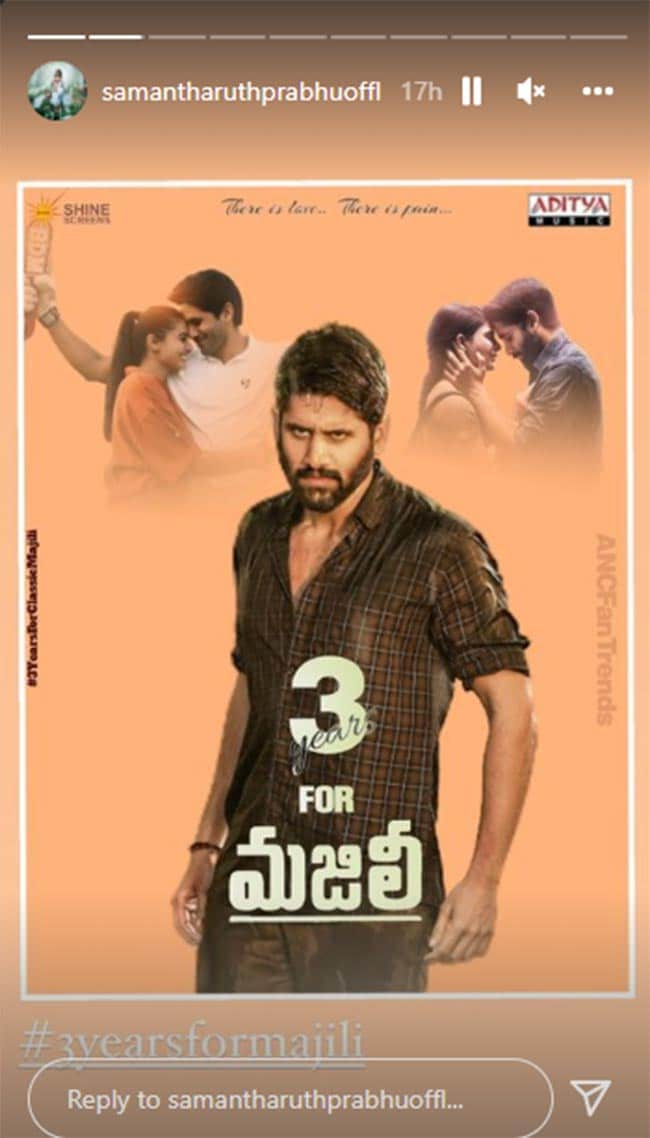 On the work front, Samantha Ruth Prabhu will next be seen in Kaathuvaakula Rendu Kaadhal and Shaakuntalam. She recently shared her first look from the latter. The actress made her big digital debut with The Family Man 2 and she made headlines for her role as Raji. She has starred in films like Manam, Ye Maaya Chesave, Autonagar Surya, Majili and Oh Baby to name a few.

Kichcha Sudeep To NDTV: RRR, KGF 2 Have Brands; Vikrant Rona Has Only My Familiar Face