What Rajinikanth's Daughter Said About Nepotism

Superstar Rajinikanth's daughter Soundarya says it's talent that matters and "if you have it in you, you are going to last irrespective of where you come from." 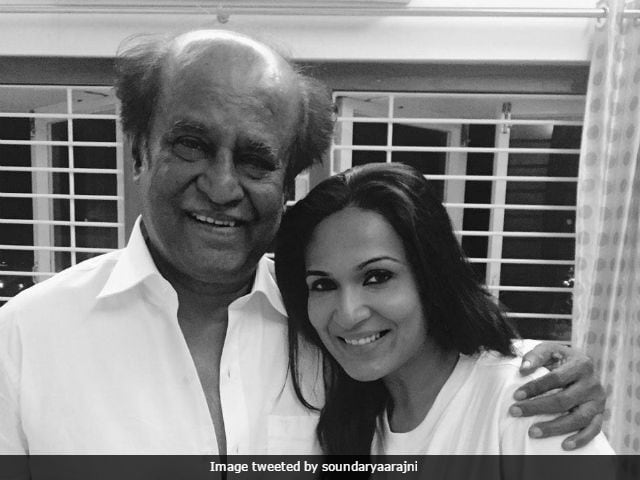 New Delhi: Tamil star Rajinikanth's daughter Soundarya says it's talent that matters and "if you have it in you, you are going to last irrespective of where you come from," news agency IANS reports. The debate over nepotism and whether star kids are unfairly advantaged has been renewed ever since the IIFA Awards two weekends ago, when Karan Johar, Saif Ali Khan and Varun Dhawan mocked actress Kangana Ranaut over her branding of Mr Johar as the 'flag-bearer of nepotism' in Bollywood. Several celebrities have weighed in, some with trepidation and others with enthusiasm.

Soundarya, the younger of Rajinikanth's two daughters, is a good person to ask about the role of family connections - she began as a graphic designer on her father's films Padayappa and Baba, made her debut as a director with Kochadaiiyaan, also starring her father, and has directed brother-in-law Dhanush in her latest film, Velaiilla Pattadhari 2 or VIP 2.

Speaking to IANS, Soundarya Rajinikanth said, "At the end of the day, talent is what is going to last and is going to speak loud... No matter which family you are coming from or no matter what background you come from, if you are not talented, people are not going to accept you."

She also noted that there are fewer allowances made for star kids who fail. "With star children there is extra pressure because there is so much of expectation from us that if we fall than coming back up is all the more difficult," Soundarya said, reports IANS.

Promoted
Listen to the latest songs, only on JioSaavn.com
Soundarya's sister Aishwaryaa, who is married to Dhanush, is also a director and made her debut in 2012's 3, which starred her husband.