"I said something which wasn't probably the right thing to say," said Virat Kohli 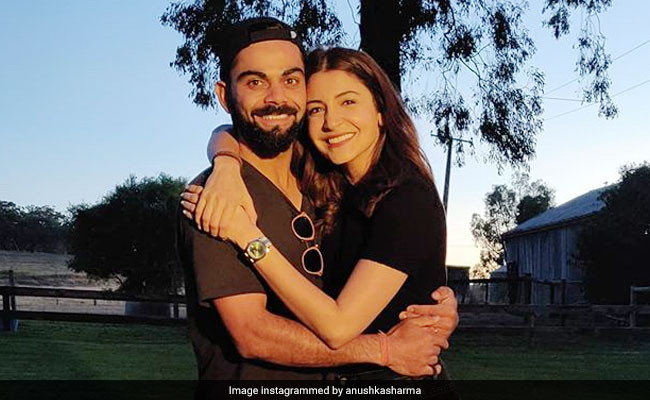 Some love stories are meant to be and star couple Anushka Sharma and Virat Kohli's tale reminds us of just that. It is a well-known fact that Anushka and Virat met during a commercial shoot for a shampoo brand but did you know that the cricketer was super "nervous and jittery" when he first met the actress-producer. During a recent episode of Graham Bensinger's talk show In Depth With Graham Bensinger, Virat recalled the time when he first met Anushka and in order to conceal his nervousness, he cracked a joke. "The first time I met her, I cracked a joke immediately because I was very nervous. I cracked a joke because I didn't know what to do," Virat can be heard saying during a segment of the episode.

When Virat was asked if he remembers what he said during their first interaction, the 30-year-old cricketer chuckled and said, "I said something which wasn't probably the right thing to say." He said that Anushka, arrived at the sets, wearing a pair of heels and she looked taller than him. Now, Virat tried to break the ice and jokingly said, "Didn't you get a higher pair of heels?" He added, "Then she was like 'excuse me' and then I was like 'no, I am just joking'. My joke became such a weird moment. I was such a fool, to be honest but she was so confident."

Here's a video of Virat Kohli recalling the incident:

Anushka Sharma and Virat Kohli got married at a countryside resort in Tuscany in a private ceremony in 2017 after dating for several years. The couple later hosted grand wedding receptions in Mumbai and Delhi, which saw the convergence of several Bollywood and cricket stars.

In terms of of work, Anushka Sharma was last seen in Aanand L Rai's Zero, co-starring Shah Rukh Khan and Katrina Kaif. Anushka hasn't announced any upcoming project as an actress as of now. However, she produced Netflix original Mai through her production house Clean Slate Films.