"Even we danced to Bumbro from Mission Kashmir... I wore my mother's phiran." 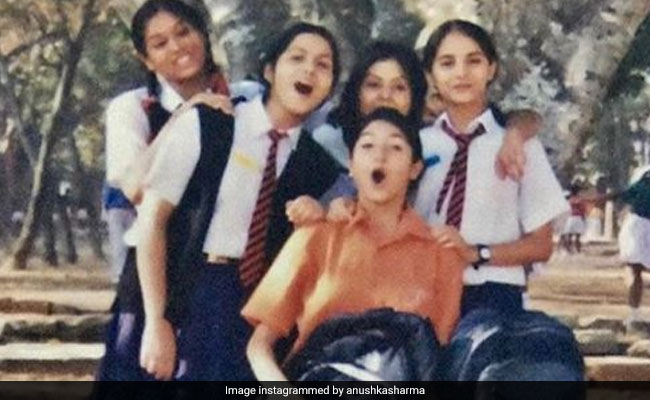 Anushka Sharma is spreading positivity on Instagram with her Love And Light Project, as part of which she was reading out motivational tweets shared by fans in her latest Instagram post. While reading out a tweet, in which a fan wrote that she danced to Bumbro in school, Anushka Sharma's eyes lit up as she said: "Even we danced to Bumbro from Mission Kashmir! I think I was pretty as Preity Zinta... dancing Bumbro Bumbro. I wore my mother's phiran." Mission Kashmir released in 2000 when the song Bumbro, featuring Preity Zinta, became a chartbuster. Preity co-starred with Hrithik Roshan in the Vidhu Vinod Chopra-directed film.

You can skip to 45 seconds in the video below to listen Anushka talk about her school days:

Meanwhile, if you are curious about Anushka Sharma's school days, here's a glimpse from her Instagram diaries. Anushka captioned a blast from the past like this: "Bachpan. PS - Our reaction to the photographer when he said cheese was this." Anushka's went to Bangalore's Army Public School, as has been pointed out by several fans in the comments. She later pursued a degree in arts at Bangalore's Mount Carmel College, after which she moved to Mumbai for a career in showbiz.

. PS - Our reaction to the photographer when he said cheese.......was this thanks @naimeesha_murthy for this memory #flashbackfriday