Virat Kohli was one of the first ones to drop a comment on Anushka's beach bum photo and he appears rather smitten. 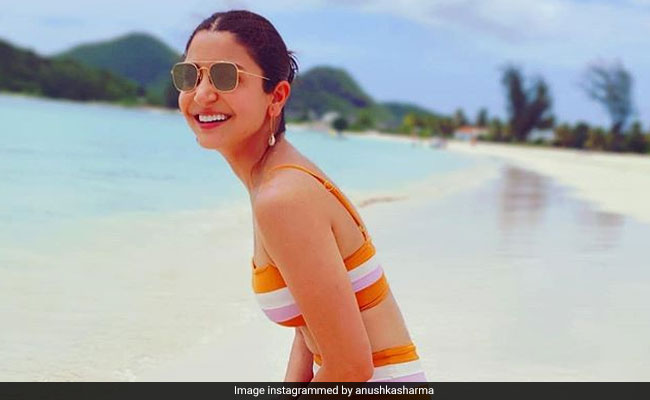 Monday blues? What Monday blues? - Anushka Sharma will ask you this if you tell her that it's only the beginning of the week and we're getting those Monday feels. Anushka's Instagram woke up to a stunning photo of the 31-year-old actress on Monday, which is all about the sun, sea and sand. While it's not confirmed but there's a possibility that Anushka is sun-bathing in the Antigua Islands in the Caribbean, where Team India currently is for Test matches against West Indies. "Sun-kissed and blessed," Anushka captioned the photo. She's cute as a button in a tangerine, retro-styled bikini and accessorised simply with a pair of black shades, shell danglers and her smile, which basically says it all.

Virat Kohli was one of the first ones to drop a comment on Anushka's beach bum photo and he appears rather smitten. Take a look at Anushka's photo and Virat's comment here: 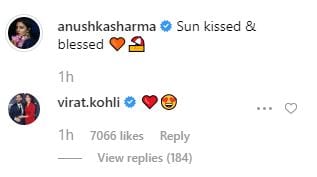 Virat Kohli and Anushka Sharma always send the Internet in a tizzy with loved-up photos but we must say that it's been a while since we were treated to a new cute photo of star couple on their timelines. The couple married in December 2017 after dating for years.

Anushka has accompanied Virat to his tours with Team India in the recent past. In a recent interview with Filmfare, Anushka revealed that she's decided to take some time off from work after Zero because it has been a busy schedule for her post the wedding: "I was just working back to back. Whatever time I'd get, I'd try to balance and meet Virat. But I was feeling too worked up. I needed to take two months off. I told my team I don't even want to read anything right now."

Virat Kohli is currently in the Caribbean with Team India for India's tour of West Indies. Anushka Sharma was last seen in Zero.