Anushka Sharma said, "An actress gets married and the next thing they talk about it is, 'Is she pregnant?' It's crude." 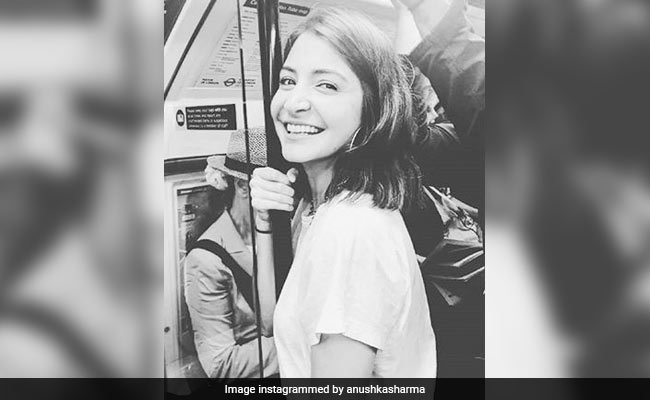 Anushka Sharma, married to cricketer Virat Kohli, told Filmfare that rumours of pregnancy could keep filmmakers away but added that she feels 'fortunate' that it hasn't happened to her yet. Anushka married Virat in a private ceremony in 2017 and thereafter, she has featured in Yash Raj Films' Sui Dhaaga, her own production Pari, Rajkumar Hirani's Sanju and Aanand L Rai's Zero with Shah Rukh Khan. When Filmfare asked Anushka if rumours of pregnancy could keep filmmakers away, she said, "I'm fortunate this has not happened. It could happen. An actress gets married and the next thing they talk about it is, 'Is she pregnant?' When she's dating it's like, 'Shaadi karne wale hai ki nahi?' It's crude. You should allow people to live their life. What's the need to jump the gun? Then put someone in a position where they end up clarifying unnecessarily."

Anushka Sharma added that she finds giving clarifications 'irksome'. "What irks me is the clarification part. Do I need to clarify? Nahi! But then that's how it is. Any actress, who gets married... sabke baare mein they've said something. Someone could be wearing clothes that are loose. That's because they're trendy. But they're said to be pregnant. It's like a monkey on your back. You can't do anything about it. You just ignore it," she told Filmafare.

In the same interview, Anushka Sharma said she took time off from films after Zero because she was feeling 'worked up' balancing her personal and professional lives. But Anushka said that taking a break also gives leeway to rumours. "If you're married then people ask, 'Is she pregnant?' They love to read into something when there really isn't anything. It's so hard for people to believe that someone would like to take time off to be rejuvenated," she said.

Speaking about signing films, Anushka added, "I was feeling too worked up. I needed to take two months off. I told my team I don't even want to read anything right now. It's important as a creative person to take time off but you deny yourself that. Of course, there's pressure. You're constantly asked, 'Kaunsi film sign kar rahe ho?'"

Though Anushka hasn't announced her next film yet, she is awaiting the release of Netflix original Mai, which she produces through her Clean Slate Films.