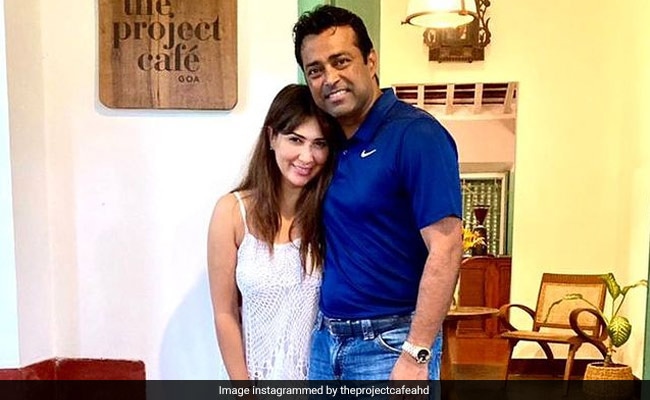 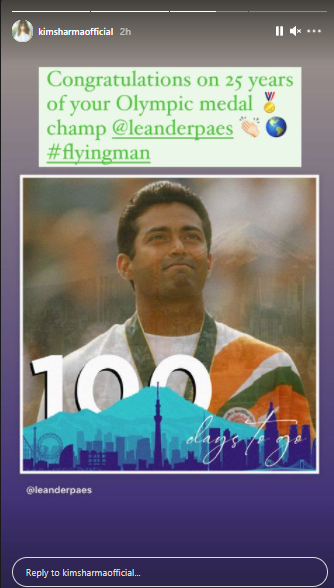 In the post that Kim Sharma shared on her Instagram story, Leander Paes had shared that he is "honoured to have represented our country at 7 Olympic Games."

Rumours of Kim Sharma and Leander Paes dating each other first sparked in July when loved-up pictures from their Goa vacation went viral. The pictures featured the couple enjoying themselves at a restaurant in Goa. The pictures were shared on social media by the restaurant.

As mentioned above, the rumoured couple were pictured taking a stroll in Mumbai earlier this week. If you think they were enjoying a long walk alone, you are wrong. Kim Sharma's pet dog also accompanied them for the walk.