What Harshvardhan Kapoor's Dad Anil Told Him After Watching Mirzya 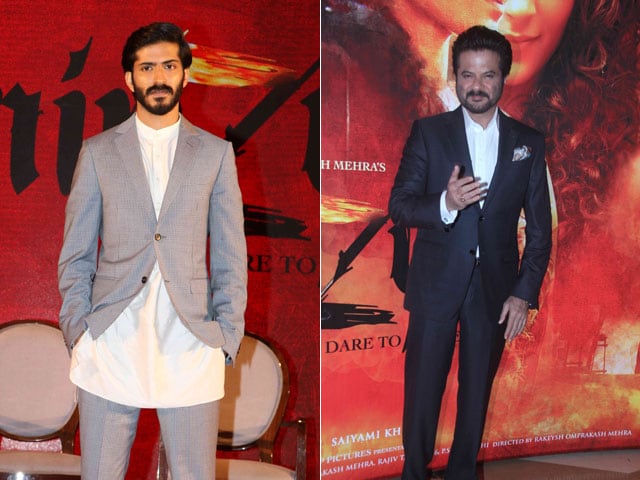 New Delhi: Make way for the new Kapoor on the block - Harshvardhan Kapoor, who makes his debut as the fabled star-crossed lover 'Mirza' in Rakeysh Omprakash Mehra's love saga which spans two eras.

Tragic love stories have worked for many a debutant in the past, so will Mirzya do for Harshvardhan Kapoor what Qayamat Se Qayamat Takdid for Aamir Khan?

The young actor doesn't want to get into comparisons. Rather, he feels that the one-and-half years of hard work, grueling training and Rakeysh's vision make the team confident regarding their product. The only anxiety he has is about how the audience will receive their film come October 7. The film also marks the debut of actress Saiyami Kher.

"Most of the films that have done well are the ones which pushed the envelope, be it Neerja, Udta Punjab or Kapoor And Sons. There are many Indias within India and I hope this reaches a big audience at the end of the day. Mirza Sahiban is an Indian story. The only thing unconventional is the present day shoot. I don't think about my choices with box office in mind. You can decide to do a film thinking what the box office number would be on Friday, but the box office only comes to mind when you are promoting the film. Till then you are focusing on making the best film possible," Harshvardhan said.

Already at work on his next, Vikramaditya Motwane's Bhavesh Joshi, Harshvardhan, 25, says he is in no hurry to sign films. "I know there are people who can go through a narration and prep in two weeks and be on the sets. But maybe it's the characters am playing, they require study and am not really one of those who likes to take on two, three films at a go. I like my pace," he said.

He may have some illustrious shoes to fill and though his father Anil Kapoor is yet to see the final cut, this is what senior Kapoor had to say to his son when he saw the initial cut.

Promoted
Listen to the latest songs, only on JioSaavn.com
"My father has not seen the final cut but when he saw the initial cut he said, 'I don't know who to compare you with since your style and approach is very original,'" Harshvardhan Kapoor said.

A chip off the old block or ready to carve his own niche? We don't know yet but he is definitely 'son rising.'