What Deepika Padukone Posted About "Dizzying" Response To Gehraiyaan 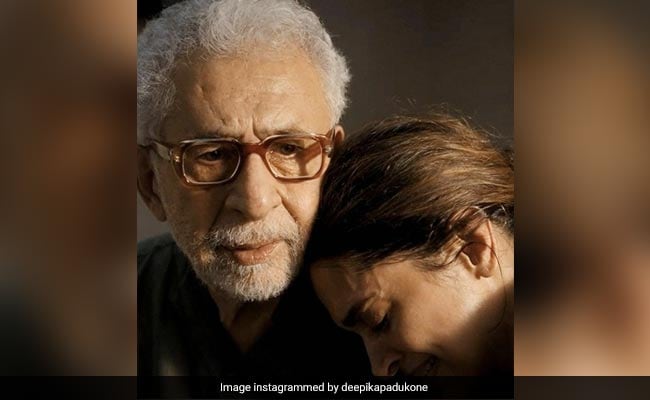 Deepika Padukone's latest release Gehraiyaan has been the talk of the town ever since its release. The Shakun Bhatra directorial has grabbed eyeballs for its novel story, spirited performances as well as its impressive soundtrack. And, it has also been unanimously described as a Deepika Padukone show, through and through. Needless to say, praise for the actress' nuanced portrayal of her character Alisha has been flowing in from all quarters. Acknowledging the love and applause coming her way, Deepika shared a gratitude note of sorts on Instagram. She wrote, “The response to Gehraiyaan has been dizzying, to say the least. "Alisha" has been my most visceral, indelible and delicious experience as an artist. While I am ecstatic and overwhelmed, I am also truly grateful and humbled.”

Interestingly, the same post was initially shared by Deepika Padukone on Wednesday, February 16, but was soon deleted from the actress' timeline. The post features a bunch of stills from the movie. Also seen in the pictures are actors Naseeruddin Shah and Siddhant Chaturvedi.

During the film's promotions and upon its release, Deepika Padukone kept her fans engaged with photos and videos featuring the cast of the movie. A case in point is this hilarious video of Deepika head bobbing along with the director and her co-stars after the film was released. In the caption, she wrote, “Vibin into your living rooms like…”

The cast also saw the film together as it premiered on the streaming platform, a post by the actress shows. Deepika Padukone shared a bunch of goofy pictures with the team and described Gehraiyaan as their “labour of love”.

Deepika Padukone will next feature opposite Shah Rukh Khan in Pathan. She also has Fighter alongside Hrithik Roshan in the lineup.