"Thankyou all for showing up with so much tenderness and stunning love for my daddio and my whole family," wrote Scout Willis 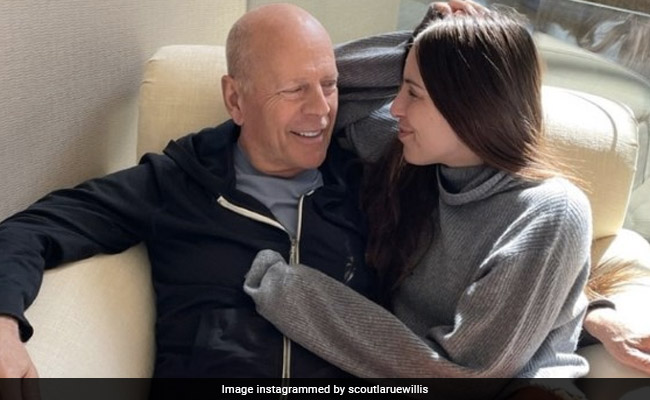 Die Hard star Bruce Willis, who will be retiring from acting post his aphasia diagnosis (a language disorder that affects a person's ability to communicate), received a whole lot of love from fans after the announcement about his health. Bruce Willis and ex-wife Demi Moore's daughter Scout Willis shared a few pictures of the veteran actor on her Instagram stories and she thanked her fans for all the love. Posting a picture of her dad, she wrote: "The exquisite outpouring of love that I am experiencing right now is just blowing me away. Thankyou all for showing up with so much tenderness and stunning love for my daddio and my whole family."

Here are the pictures shared by Scout Willis: 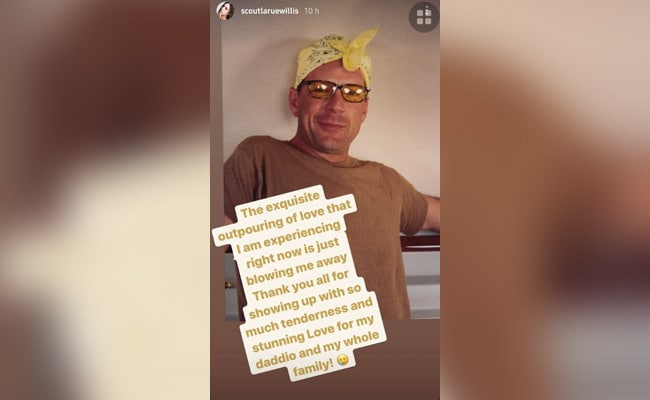 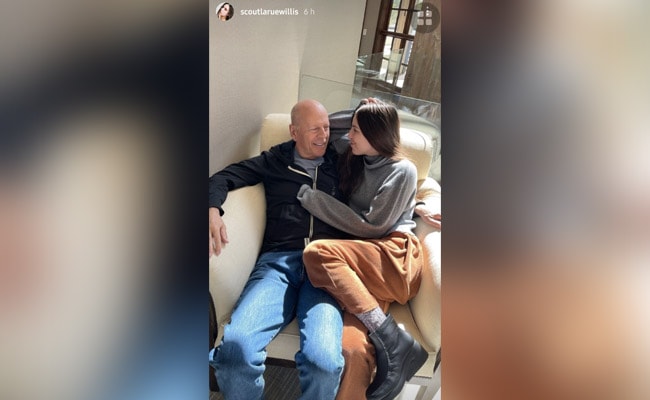 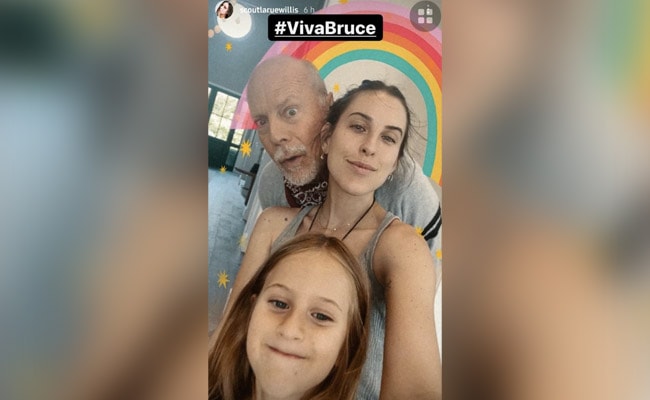 In an joint statement , signed off by Bruce Willis' wife Emma Heming Willis, ex-wife Demi Moore and daughters Rumer, Scout, Tallulah, Mabel and Evelyn, it was revealed that the 67-year-old actor will be stepping away from acting after he being diagnosed with aphasia.

The statement read, "To Bruce's amazing supporters, as a family we wanted to share that our beloved Bruce has been experiencing some health issues and has recently been diagnosed with aphasia, which is impacting his cognitive abilities. As a result of this and with much consideration Bruce is stepping away from the career that has meant so much to him. This is a really challenging time for our family and we are so appreciative of your continued love, compassion and support. We are moving through this as a strong family unit, and wanted to bring his fans in because we know how much he means to you, as you do to him. As Bruce always says, "Live it up" and together we plan to do just that."

Before making it big in the Die Hard series of films, Bruce Willis was a TV star, largely known for his comedic timing in the TV series Moonlighting. His film credits also include hits like 12 Monkeys, The Sixth Sense and Unbreakable. He also featured in Quentin Tarantino's Pulp Fiction, which had a stellar cast and acquired a cult status over the years.