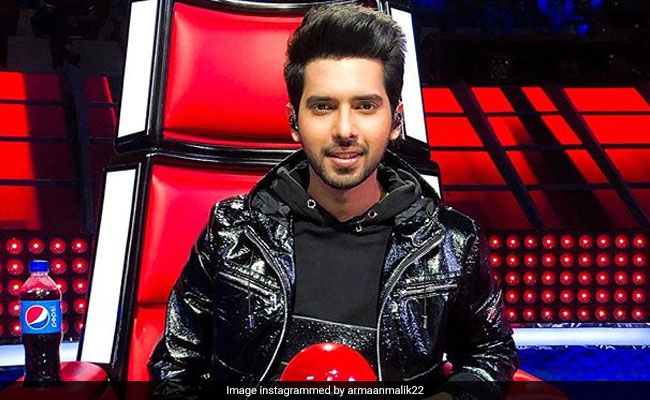 Singers Armaan Malik and Adnan Sami - co judges of The Voice India - trended all of Tuesday evening for a certain report stating that they had a war of words on the sets of the reality show, after which Adnan Sami walked out. Meanwhile, when publications such as Pinkvilla and BollywoodLife reached out to Armaan Malik, he dismissed the reports as "rubbish." Armaan Malik reassured BollywoodLife that these are false rumours: "Bakwaas! This is completely untrue. Please do not irritate me with this false story." Armaan Malik and Adnan Sami also share the judges' panel with Harshdeep Kaur with Divyanka Tripathi hosting the show.

Armaan Malik apparently made a call to the show's team asking if Adnan Sami had arrived and scheduled his own arrival later than his fellow judge. This reportedly led to an altercation between Adnan Sami and Armaan Malik when the former locked himself up in his vanity. While most of the episode was shot minus Adnan Sami, he did join the sets after some 2 hours or so, stated the report.

Armaan Malik is a popular Bollywood playback voice and has sung for films such as Taare Zameen Par, Khoobsurat, Baar Baar Dekho, 102 Not Out, M.S. Dhoni: The Untold Story and more. Adnan Sami is best known for songs such as Bhar Do Jholi Meri, Noor E Khuda, Mera Jahan and Aye Udi Udi Udi. He also has hit music albums such as Tera Chehra and Kabhi Toh Nazar Milao on his resume.