What Aamir Khan is Doing With His XL-Sized Clothes 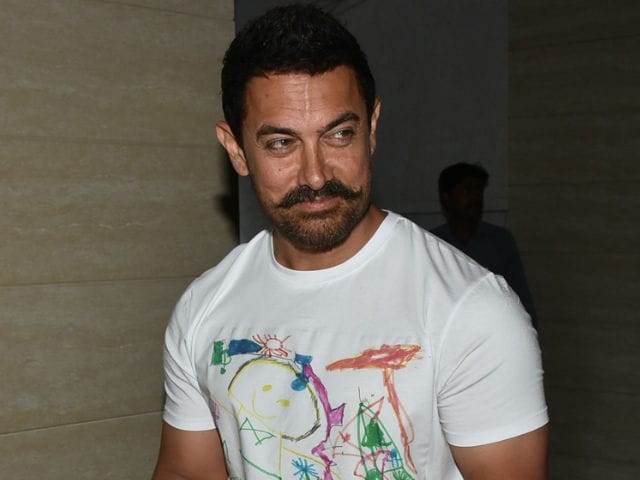 New Delhi: Actor Aamir Khan's 25 kilo weight gain for Dangal left people reeling last year but this year, at his birthday last week, he looked noticeably thinner and fitter. Aamir, newly 51, is now downsizing to play the younger version of his character in the film and finds himself with a surplus of clothing. Here's what he's doing with his XL-sized wardrobe.

At his heaviest, Aamir tipped the scale at over 90 kilos and the massive weight gain meant he has an embarrassment of riches where clothes are concerned. A report in mid-day says that the actor will give away the clothes he doesn't need to charity. A spokesperson for the actor who confirmed this to mid-day also said, "Aamir Khan has gone through series of sizes as he had to put on 25 kgs and again he will be going through series of sizes as he has to shed the same amount." (Also Read: Aamir Khan's Wife Kiran Rao is 'Really Very Proud' of Dangal)

At his birthday press conference on March 14, Aamir wore a T-shirt printed with artwork by his 4-year-old son Azad. He was 13 kilos lighter by then and has 12 more to go to what he called the "Ghajini shape."

Aamir, who plays wrestler Mahavir Phogat in Dangal, had been in USA before his birthday, getting in shape for the role. "I have been concentrating completely on the weight loss. Have given six months before I start shooting for the final schedule of Dangal. In the US I have been training for almost six to seven hours daily. Running, biking, all that I can do," the famously meticulous actor told the press. (Also Read: Aamir Khan is 'Halfway' Through Dangal Weight Loss, 12 Kilos to go)