What a time to bring back these wedding pictures 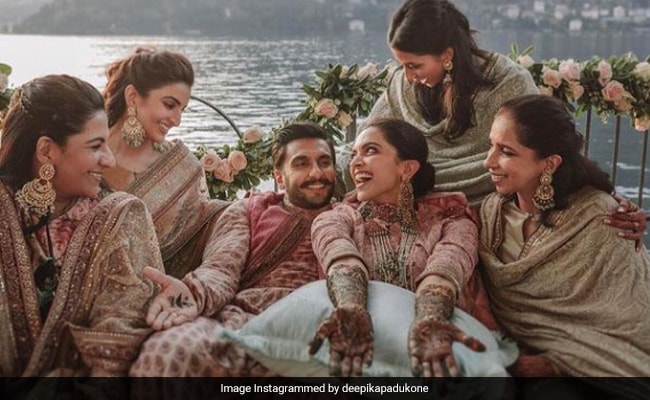 The wedding season is at it's peak and there is already a big Bollywood wedding taking place as we speak - that of Katrina Kaif and Vicky Kaushal. Keeping up with the season, Deepika Padukone too decided to restore pictures from her wedding festivities from the archives on her Instagram profile. At the beginning of this year, the actress cleansed all her social media profiles, which also included her and Ranveer Singh's wedding pictures. However, the pictures are back on the Internet and we can't thank the actress enough for it.

Deepika Padukone and Ranveer Singh got married in a traditional South Indian ceremony - per Konkani rituals in 2018. They also had a North Indian wedding. Just in case you forgot how stunning both the ceremonies were, take a look at these photos here:

Because one reception is never enough. Pictures from the Bengaluru and Mumbai receptions:

Here are the photos from their first wedding anniversary:

The couple had an intimate destination wedding in Italy's Lake Como with only close friends and family in attendance. They later hosted grand receptions in Bengaluru and Mumbai.

Deepika Padukone and Ranveer Singh's first film together was Goliyon Ki Rasleela Ram-Leela (2013), which was directed by Sanjay Leela Bhansali. The couple has also co-starred in Bajirao Mastani and "Padmaavat." The couple will soon be seen sharing screen space in Kabir Khan's sports drama '83, in which Ranveer will play the role of Kapil Dev and Deepika will be seen as Kapil Dev's wife Romi Bhatia. Both the stars have super busy schedules ahead.