If you enjoyed Chris Hemsworth as Thor from the MCU films, we bet these movies will make your weekend a happy one 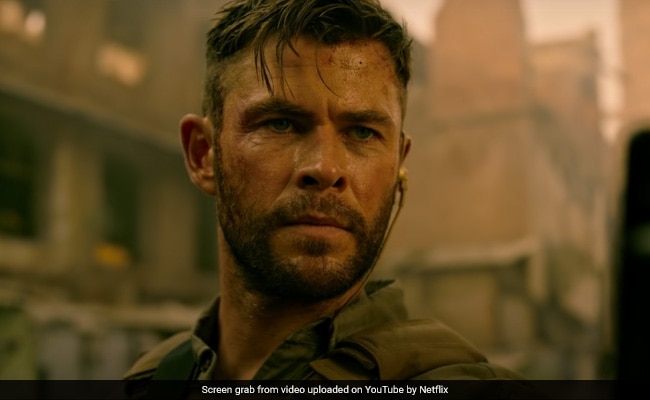 Chris Hemsworth has left the world impressed with his portrayal of Thor, the God of Thunder in various Marvel Cinematic Universe projects over the years. The latest film in the Thor series is no different, with Chris Hemsworth returning as the superhero/God, who is charming, fun and above all, powerful. With a compelling melange of mythology and superhero arcs, Thor has always been a fan favourite. The reception to the latest instalment, Thor: Love and Thunder only reinforces the fact. And, Chris Hemsworth has played no small part in the film's popularity.

If the Marvel film has left you asking for more of Chris Hemsworth, we have compiled a list of five non-Marvel films of the actor that are worthy of a watch.

This 2020 film features Chris Hemsworth as an Australian black ops mercenary on a mission to save an Indian drug lord's son who has been kidnapped. Actor Randeep Hooda also plays a pivotal role in the film.

This film has oodles of mystery and style, featuring Chris Hemsworth as the leader of a cult. The actor's handsome looks and chiselled physique only add to his menace as a leader not willing to let go of his followers.

As the rather ominous name suggests, this Chris Hemsworth film is a thriller with a sprinkling of comedy. The film follows a group of college friends who decide to go for a vacation in the woods. It is all fine till – you guessed it right – they feel a supernatural force among them. Hemsworth plays a rather bratty jock who is dating the cheerleader and fits seamlessly into his role.

In the mood for some unadulterated fun? Then Ghostbusters is the film for you. The film is headlined by a powerful cast of women such as Kristen Wiig, Melissa McCarthy, Leslie Jones, and Kate McKinnon, with Chris Hemsworth as their rather incompetent male secretary tying the plot together.

Featuring Chris Hemsworth with the likes of Tessa Thompson, Rebecca Ferguson, Men in Black: International is fun and all kinds of interesting. This will be one fun weekend watch, we promise.

Tell us which of these Chris Hemsworth films you will watch from the list.

Heart Of Stone: Gal Gadot Gives A Shout Out To Alia Bhatt. Bonus - Their Adorable Selfie